More than 42,000 HIV/AIDS patients in Vietnam had received antiretroviral (ARV) drugs covered by the health insurance fund as of the end of October.

According to the HIV/AIDS Prevention and Control Department under the Ministry of Health, health insurance coverage for patients under ARV treatment is expected to reach 90-91 percent in 2019.

Medical facilities have purchased ARV drugs for 48,000 patients so far this year using the health insurance fund. The number of patients receiving the drugs is set to climb to 103,000 in 2020.

As of the end of the second quarter of this year, up to 96 percent of HIV/AIDS treatment establishments had signed contracts to provide medical check-ups and treatment covered by health insurance. 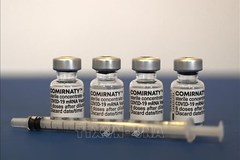