Vocational schools complain they are finding it difficult to enroll learners despite attractive job opportunities. 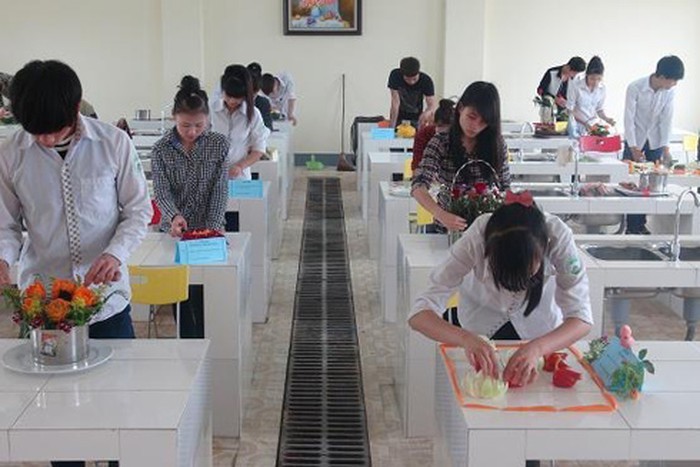 According to the HCMC Labor Demand Forecasting and Market Information Center, in 2019-2025 period, the city needs 300,000 workers each year, of which the workers finishing intermediate school (2 year training) will account for 28 percent, while workers with higher education level will account for 18 percent.

Tran Anh Tuan, Director of Human Resource Forecasting Program, said the workers finishing intermediate schools are still in the highest demand. This resource is necessary for the nation's development and integration needs to advance to the 4.0 era.

Since the demand is high, the proportion of intermediate school graduates finding jobs after the graduation is approximately 90 percent. Tuan said while the market needs 28 percent of workers finishing intermediate school, only six percent have joined the labor market.

By contrast, the labor market only needs 15-18 percent of workers with university graduates, but the number of workers with higher education level participating in the market is up to 25-28 percent.

The figures show both the abundance and deficiency of the labor market. Six out of every 10 workers joining the labor market have higher education level, while two finish junior college, and one, intermediate school.

Dang Van Sang, rector of the HCMC Polytechnic Middle School, said students have great advantages when studying at intermediate schools. They now have more practice hours (which account for 75-90 percent of total learning hours), while the training time has been shortened to one year or 18 months.

In general, students who choose intermediate school can learn a trade within a short time and reasonable cost. They will be able to pass credit to follow higher education later, when they have favorable conditions.

However, Nguyen Huu Tho from Polytechnic Vocational College, commented that despite the great advantages, Vietnamese students still don’t want to apply for intermediate schools. They think that it is more difficult for vocational school graduates than university graduates to find jobs.

According to the General Statistics Office (GSO), 97 percent of enterprises are small and tiny, mostly private, which pay salaries based on the positions and capability of workers, not based on the degrees they have.

A total of 70 vocational schools are expected to be recognised as high-quality establishments during the 2025-2030 period, with at least five satisfying the standards set by the group of developed nations (G20).

It is forecast that by 2030, between 4.5 and 6 million workers will need agricultural training.