Nineteen locally-transmitted and one imported COVID-19 cases were detected from 6am to 6pm on February 3, according to the National Steering Committee for COVID-19 Prevention and Control.

Of the 19 community infection cases, 14 are in the northern province of Hai Duong, four in northern Quang Ninh province, and one in the Central Highlands province of Gia Lai.

Most of the cases were linked to the latest outbreaks in Hai Duong and Gia Lai.

The imported patient, meanwhile, travelled from Japan to Vietnam and was put under quarantine right upon arrival at the Da Nang International Airport. He is now quarantined and treated at the Quang Nam Central General Hospital.

As such, the number of community cases since January 27 has reached 329, bringing the total number of patients infected locally to 1,022.

Among those still under treatment, three have tested negative for coronavirus SARS-CoV-2 once, seven twice and two thrice.

Meanwhile, 48,829 people who had close contact with COVID-19 patients and possible patients or arrived from pandemic-hit areas are being quarantined nationwide, including 378 in hospitals, 22,610 in state-designated establishments and the remainders at their residences./. VNA

The northern province of Hai Duong has reported 16 new cases of Covid-19 infectin in community, bringing its total number to 242 cases. 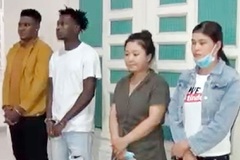 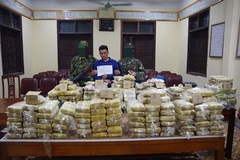