In the context of the constantly changing world situation, terrorism, extremism, violence, conflict ... threatening the lives of tens of millions of people around the world, preventing war, preserving peace, and maintaining peace, stable and stable security environment is the cornerstone of human rights protection in the world. It is also Vietnam's top goal in its commitment to promoting human rights.

With the desire to truly become a "Partner for sustainable peace", Vietnam always proactively contributes to the international mission of peace protection, which is also to protect human rights through joining the United Nations peacekeeping activities, carrying out the noble mission of helping the countries devastated by conflict and war to consolidate peace, rebuild the country to create conditions to promote human rights there, first of all the right to live in peace and stability.

The term of non-permanent member of the UN Security Council for 2020-2021 will open opportunities for Vietnam to proactively propose and promote its initiatives to directly and constructively contribute to the common effort of the international community for peace, security and development, the prerequisites for ensuring and promoting human rights wherever they are.

Looking at those priorities, it is clear to see Vietnam's commitment with the other members of the United Nations to work together to solve very complex challenges, strengthen global partnership for a peaceful world, for the people and taking the people as the center. It is also the highest goal to ensure human rights.

In the context that the UN Security Council has to handle a huge volume of work due to the appearance of many complex security issues, many new global security challenges and the negative impact of the global economic and financial crisis, Vietnam successfully took on this important responsibility, taking part in decisions related to conflict resolution, post-conflict reconstruction, anti-international terrorism, peacekeeping activities and promotion of the UN Security Council’s transparency.

Some outstanding contributions during this term were the UN Security Council’s approval of the 1889 resolution proposed by Vietnam on Women, peace and security, which focused on the needs of women and girls in the post-conflict situation and increasing women's participation in all stages of the peace process. Vietnam also launched an initiative to organize extensive consultations with UN members outside the UN Security Council on the council’s annual report before the UN General Assembly.

Vietnam is a member of most of the major international treaties on disarmament and non-proliferation of weapons of mass destruction and is the 10th country to ratify the Treaty on Prohibition of Nuclear Weapons.

It can be said that Vietnam has been receiving the support of all members of the UN Security Council and the United Nations member countries. Vietnam is showing its position as "an active and responsible member of the international community" through increasingly practical contributions to global issues, which are also the contributions to promote and ensure human rights in Vietnam, in the region and the world.

Along with the achievements in ensuring human rights in Vietnam, which was recognized by the international community at the 41st Session of the United Nations Commission for Human Rights in mid-2019, Vietnam's "peace marks" continue to be highlighted at international multilateral forums. 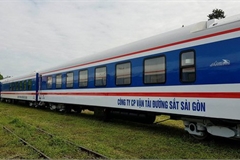