More than 270 Vietnamese citizens were flown home from Cyprus and Saudi Arabia on Saturday and Sunday on a repatriation flight run by national flag carrier Vietnam Airlines. 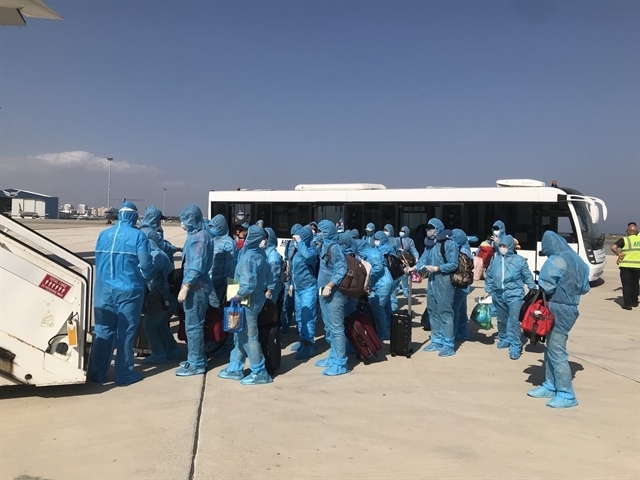 To organise the flight, Vietnamese representative agencies guided citizens to carry out necessary procedures, working with local authorities to facilitate citizens during their travel to the two airports in Cyprus and Saudi Arabia.

Diplomatic staff in Cyprus and Saudi Arabia were sent to the airport to assist citizens in completing procedures before boarding the plane to return home.

Immediately after landing at Cần Thơ International Airport, the passengers and crew were examined and brought to a quarantine facility.

Further repatriation flights will be organised depending on the wishes of citizens, the developments of the pandemic and quarantine capacity in Vietnam.

More than 340 Vietnamese citizens were flown home from Australia on Friday, also on a Vietnam Airlines flight.

Upon landing at Tan Son Nhat International Airport in HCM City, the flight crew and all passengers were given heath examinations and quarantined.

Hanoi is racing against time to conduct contact tracing and complete the ongoing extensive testing campaign after several COVID-19 patients were detected in the capital.