The last lecture of Prof Tran Van Tho drew the attention of 300 participants, including Vietnamese and Japanese politicians, representatives of ministries, international organizations, financial institutions and research institutes.

Leaving Vietnam for Japan to study with the scholarship granted by the Japanese government in 1967 and living in Japan since then, Tho still holds Vietnamese nationality. 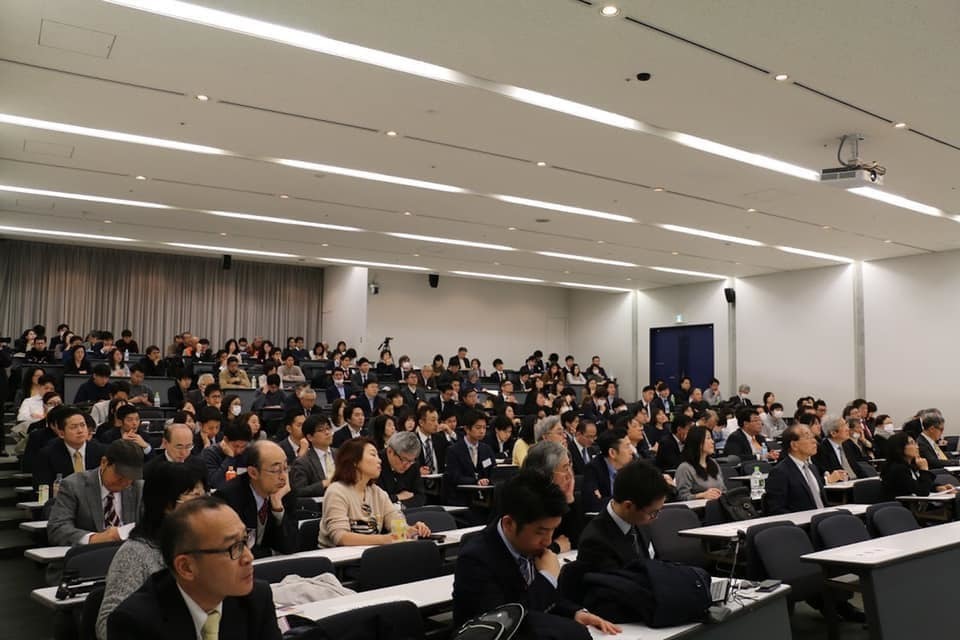 On February 1, Tho gave his last lecture before finishing his work at Waseda University.

His lecture was about the 40-year industrialization wave in Asia, with the emphasis on the flying-geese pattern model.

After the lecture, Tho took part in a ceremony to bid farewell to his teaching career at Waseda University. It was attended by Tanizaki Yasuaki, former Japanese Ambassador to Vietnam, who is also a close friend of the professor.

The Vietnamese Ambassador to Japan Vu Hong Nam also attended the party and delivered a speech. Nam read a letter from Prime Minister Nguyen Xuan Phuc to Tho and the audience.

Tho is one of the ‘pillars’ of the economic advisory council, making a great contribution to the building of economic policies for Vietnamese Prime Minister, including Phuc.

In his letter, Phuc spoke about the moving meeting between him and Tho.

Muramatsu Megumi, an old student of Tho, after attending the farewell party, said he was touched by the letter and admires the professor, a respected economic scholar and personality.

With guidance by Tho, a person with an ethical character and a patriot, he learned many things from the professor as a human being and as an economic researcher.

After receiving his PhD in Economics from Hitotsubashi University, Tho worked at the Japan Center for Economic Research, then became Associate Professor and Professor of Obirin University.

Since 2000, Tho has been working as a Professor of Economics at Waseda University. During that time, he carried out research works about Japan’s industrialization experience, especially in the post-war period.

As an economist, Tho made outstanding contributions to Japan and helped promote economic relations between Japan and Vietnam over the past 50 years.

Tho was the initiator of the establishment of the "Asia-Pacific Economic Center" to promote research exchanges between Vietnam and Japan and other countries in the region.

Tho established a research institute about Vietnam under Waseda University. As the director, he created research projects related to East Asian economic integration, Mekong region development, and human resource development between Japan and Vietnam.

A lecturer in Hue City produces and provides hand wash for free for local people to prevent the spreading of Coronavirus.

Bonuses encourage lecturers to do scientific research, but problems remain

Universities in Vietnam have had an increasing number of scientific articles published in prestigious international journals.