For the first time ever, two Vietnamese higher education institutions have been named in the 2020 Best Global Universities Rankings released recently by the US News & World Report. 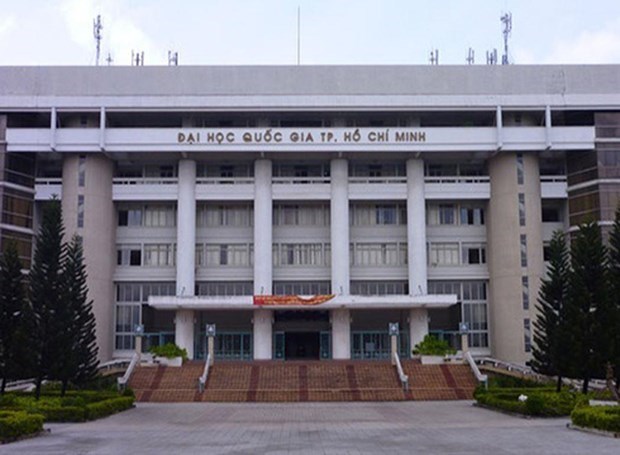 The Vietnam National University (VNU)-Ho Chi Minh City, together with the VNU-Hanoi, were listed in the 2020 Best Global Universities Rankings (Photo: vtv.vn)

TheVNU-Hanoi was also listed at the 472nd place in the rankings of theBest Global Universities for Physics, up 30 places fromthe 502nd last year.

Thisis the sixth time the US News & WorldReport has compiled the list.

Fortheir 2020 list, the US authority in education rankings evaluated nearly 1,600schools, of which 1,500 were ranked, across 81 countries and territories.

The ranking was based on 13 indicators that measurethe schools’ academic research performance and their global and regionalreputations.

The top 10 schools in the overall rankingare all found in either the US or the UK, in which Harvard University remainsat No. 1, followed by Massachusetts Institute of Technology, StanfordUniversity and the University of California - Berkeley at No. 2, 3 and 4,respectively.

The Vietnam National University-Ho Chi Minh City has been named among the top 301 to 500 universities of QS Graduate Employability Rankings 2020, becoming the only university of Vietnam selected for this.

For the first time, three Vietnamese universities have been named in the Times Higher Education’s World University Rankings.

As she wears both a white blouse and military blue uniform, PhD Dinh Thi Thu Hang is always aware of a military medical soldier’s responsibilities.

The HCM City Centre for Disease Control (HCDC) said that returnees from localities with COVID-19 patients in Hai Phong City and Binh Duong Province must quarantine at home for 14 days.

Flocks of passengers headed towards HCM City-based Tan Son Nhat international airport to return home or travel in light of the sharp drop in prices for air tickets.

One imported case of COVID-19 was detected in the past 12 hours to 6pm March 28, who was put into quarantine after entry, according to the Health Ministry.

While waiting for approval of special mechanisms for the development, the municipal authorities will hand over the highest authority to Thu Duc City to solve its issues and problems promptly