Why do talented technology staff leave?

Technology firms say that it is difficult to recruit and retain talent because technology engineers have many job choices now.

“Our company was the promising land for many young people. However, in recent years, we at times lost 30 percent of the staff because the working environment is not enough for young people to be creative,” said Nguyen Cong Ai, deputy CEO of KPMG Vietnam. 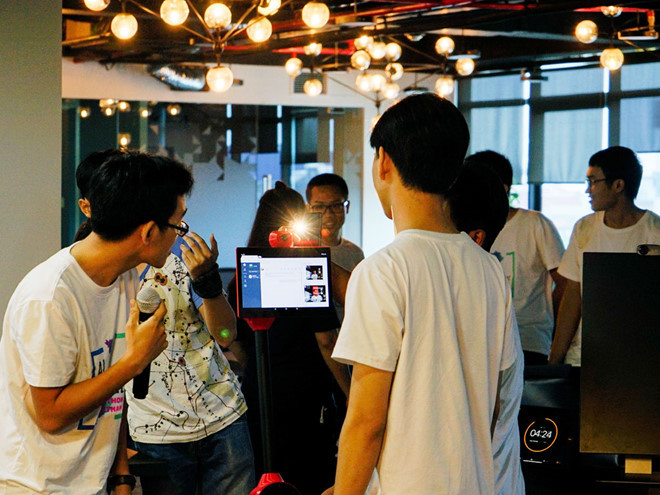 A survey by KPMG of 3,000 CEOs of IT firms all over the world found that the scale of businesses is not the decisive factor to help retain workers, but instead is the creative working environment.

Small businesses have bigger advantages than big businesses because talents can show their skills and have more opportunities.

“Our IT staff is trained very well. However, in recent years, they have been lured by technology startups. We have lost 30 percent of personnel at some moments,” he said

Ai commented that the working environment for young people to create wad more important, and workers sometimes do not leave because of money.

Nguyen Ba Quynh, CEO of Hitachi Consulting, said after being taken over by Hitachi Group, Global Cybersoft has up to 1,000 engineers. A high number of them left because the working environment became no longer suitable.

Quynh believes that in order to retain IT workers, there must be cooperation among three parties – the state, businesses and individuals – to create the best environment for creativity.

The state needs to create a fair playing field for businesses, while businesses should encourage their employees to create new things based on creativity stimulus models.

Hung Nguyen, CEO of LogiGear, cited a report as saying that the software outsourcing now can bring 20-25 percent of businesses’ growth, while the fields with creativity can bring double growth rate, and in the future, the technology fields with high brain content will see higher growth rates.

TMA Solutions’ president Nguyen Hung Le, who has invested in the software industry for 20 years, commented that human resources are the biggest asset of Vietnam with high number of young people who have good IT skills.

The noteworthy thing is that universities nowadays set very high requirements on input students for IT major. This brings the hope that the quality of IT majoring graduates will be improved in the future and Vietnam will have better human resources in the field.

In related news, the 2019 IT human resources report by Navigos showed that the average pay to the engineers developing software related to AI is $1,844 a month.

Taiwanese FDI firms in the southern province of Binh Duong reported that they are having troubles recruiting workers, in a meeting with local administration on August 21.

PM Phuc speaks with Japanese businesses about training IT workers

Efforts to develop an information technology (IT) workforce were highlighted during a dialogue between Prime Minister Nguyen Xuan Phuc and representatives of leading Japanese technology groups in Japan on Friday.

Bringing your own reusable cup to buy takeaway drinks helps cut down on single-use plastic. But what if you forget to bring it one day?