A third pedestrian street in HCM City has been officially put into operation after a one-month trial period.

The pedestrian street near the statue of King Quang Trung, a national hero of the 18th century, started its official operation since Tuesday evening in District 10. 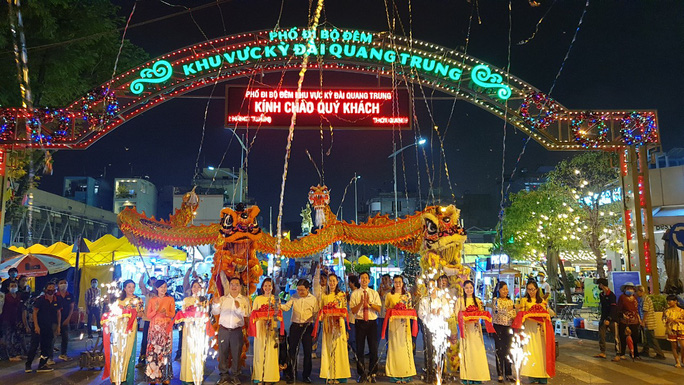 A third pedestrian street in HCM City has been officially put into operation.

It is open to the public from 6 to 11 pm every Tuesday to Sunday. Music shows would be held on Saturday or on days from Tuesday to Friday.

Chairman of District 10 People’s Committee Vu Anh Khoa expected that the street would help to attract more tourists to the city.

Khoa added that no stalls are allowed to sell alcohol to avoid the risk of public disorder.

The area is home to 49 food installs with each covering 4.5-6 square metres. People have to pledge to ensure food safety for their business. Products must have clear origins.

Local authorities will actively promote food safety in the area.

According to Khoa, District 10 would consider expanding the pedestrian street to boost the night-time economy.

The authorities of Hoan Kiem District in the Hanoi capital have officially deployed a pilot scheme which extends the walking zone around Hoan Kiem Lake and the Old Quarter, aiming to further develop tourism and trade services in the city’s centre.