With the blossoming of colourful Muong Hoang Yen, also known as golden shower trees, marking the beginning of summer, recent days have seen a sea of yellow descend on the streets of the northern province of Dien Bien. 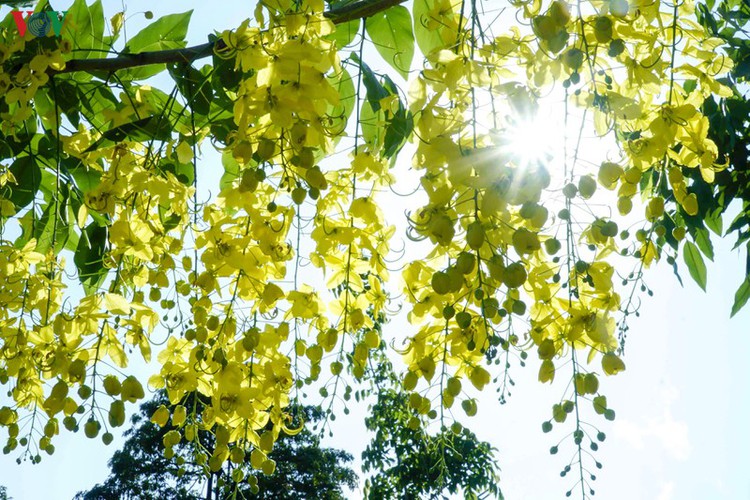 The start of summer often sees the flowers from the golden shower trees, scientifically known as Cassia fistula, start to bloom and fill the streets around Dien Bien Phu city in Dien Bien province with their vibrant yellow colour. 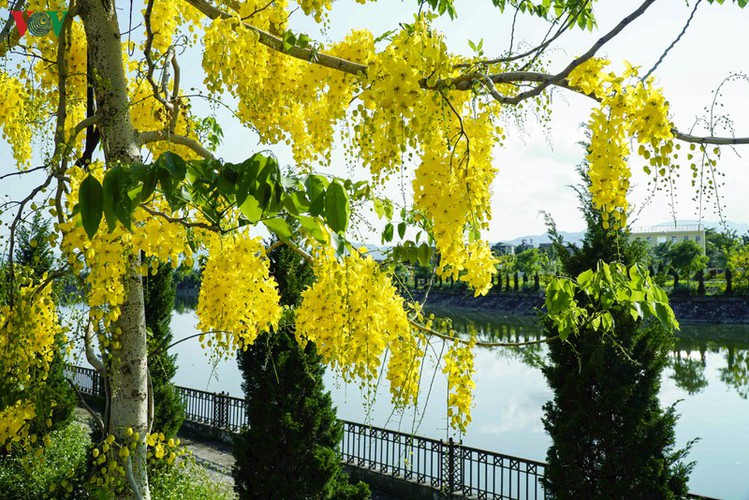 Each tree features an abundant amount of vines that contain bright yellow flowers. 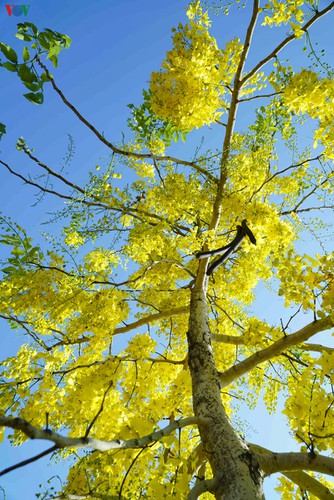 Interestingly, the golden shower is the national flower of Thailand and is known as dokkhuen in the neighbouring country. 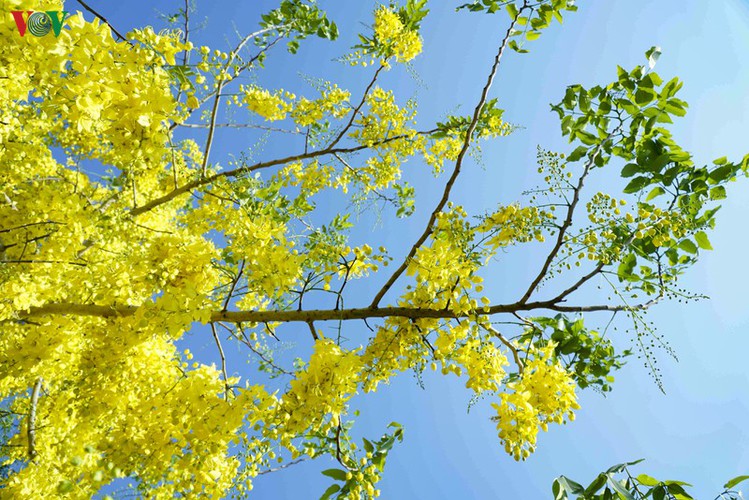 The pristine yellow flowers are known to symbolise Thai royalty. 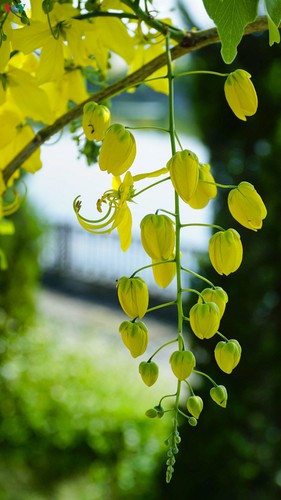 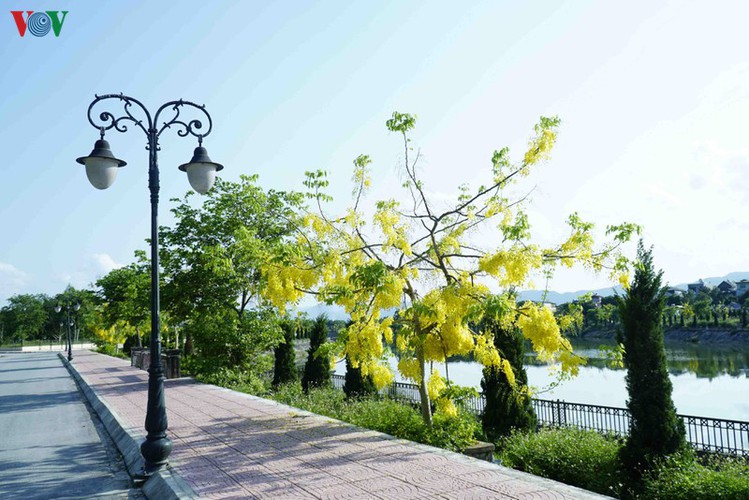 Each branch contains approximately five buds, with each containing oval shaped petals. Most notably, the yellow buds come together to form up in bunches that measure between 20 and 40 centimetres in size. 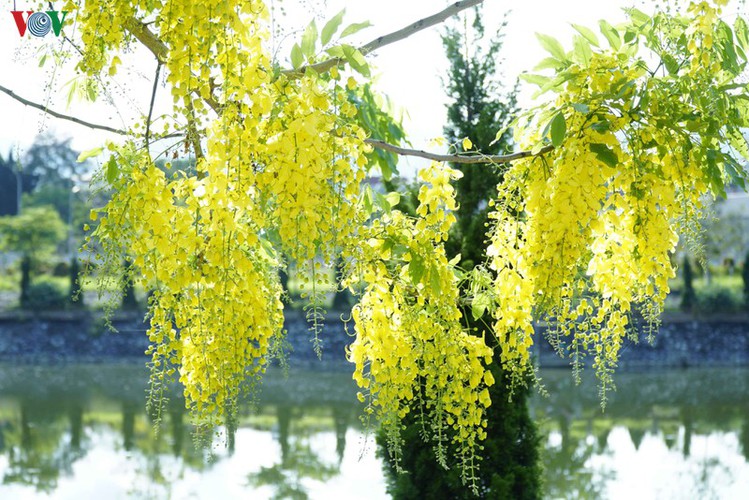 Typically, the best time to view the flowers is from May to July each year as they enter full bloom. 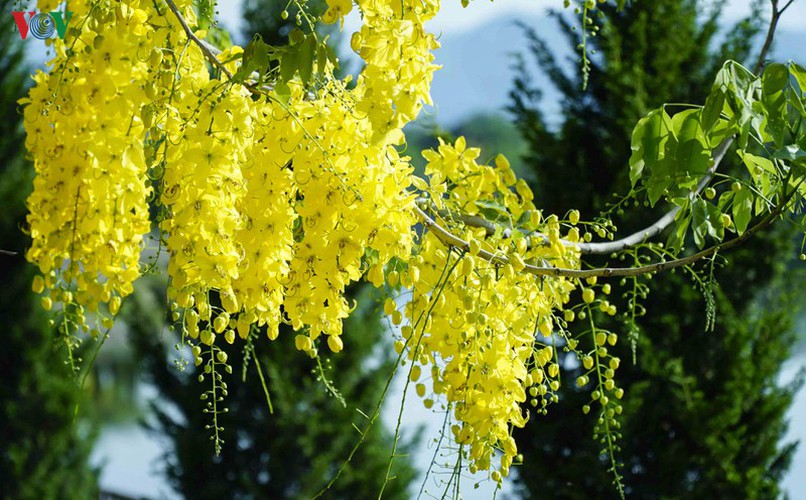 The streets appear to be increasingly beautiful as they are adorned with the bright colour of the yellow blossoms. 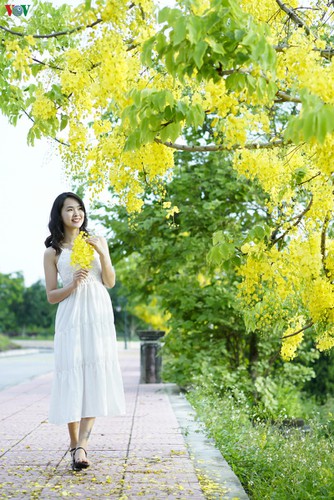 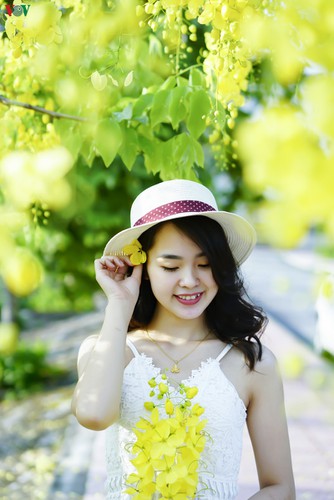