The main ingredient to make the dish is big fresh squid caught in Ha Long’s waters, which weigh from 1.5 kilogrammes to 2 kilogrammes each. Other kinds of squid cannot result in squid paste as chewy and tasty as that made from Ha Long squid.

After being cleaned, the squid is seasoned with “secret” spices and hand-pounded until the mixture becomes a fine paste. The paste is then spread on the tray and let freeze for two hours before it is shaped into cookie-like cakes to preserve the intrinsic crunch and chewiness.

Finally, the mall flat cakes are deep fried in oil until they turn an even yellow colour on both sides.

According to squid paste making shops in Ha Long City, the secret to the distinguish taste of dish is adding a proper amount of sticky rice powder into the mixture, which helps the cakes to be firmer without being friable.

Nguyen Thi Thoan, owner of Thoan Squid Paste Shop – one of prestigious and time-honoured squid paste making shops at Ha Long Market, said that the hand-pounded squid paste can keep the distinct taste and aroma of the dish than machine-made ones.

Her shop had paid great attention to ensuring food hygiene and safety in every step of production while looking for ways to improve the products’ packaging and design. Her products are also vacuum packaged to make it easier to transport outside the city.

Due to the meticulous making process, Ha Long squid paste is considered one of the most famous specialties of Ha Long City and Quang Ninh in general. This dish was voted in the list of Vietnam’s top 50 delicacies by the Vietnam Record Organisation (Vietkings).

Visitors sampling the dish are impressed by its richness and deliciousness, and they all agree that squid past is undoubtedly a signature dish of Quang Ninh.

Ta Thi Muoi, a tourist from Hanoi, said that every time she takes a working trip or a vacation to Ha Long, she always buys a few packages of squid paste for her families and friends.

She added that the flavour of Ha Long squid paste is distinguished from those made in other localities thanks to its crunchy, chewy texture and fragrant aroma. 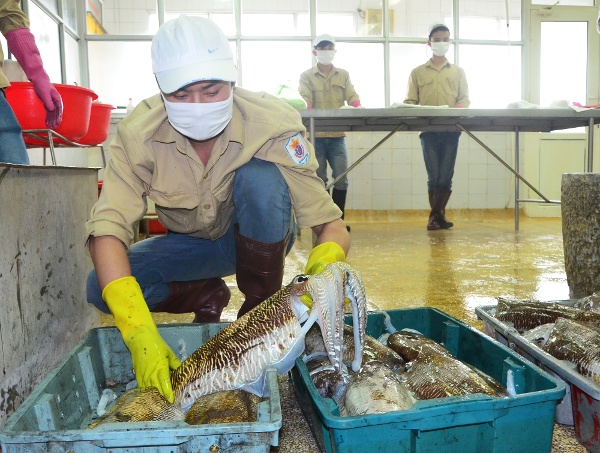 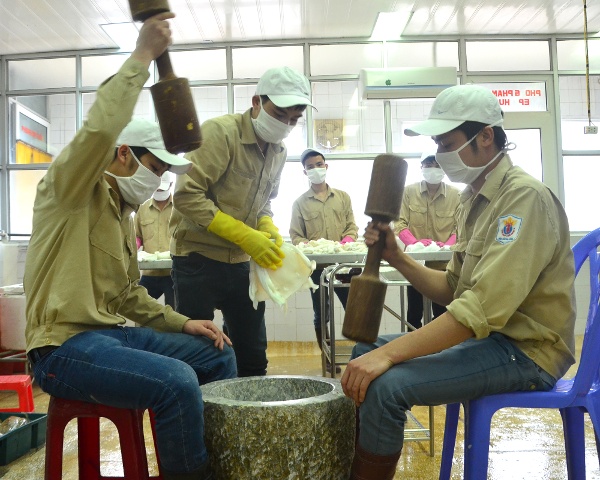 After being cleaned, the squid is seasoned with “secret” spices and hand-pounded until the mixture becomes a fine paste.

The paste is then shaped into cookie-like cakes and deep fried in oil. 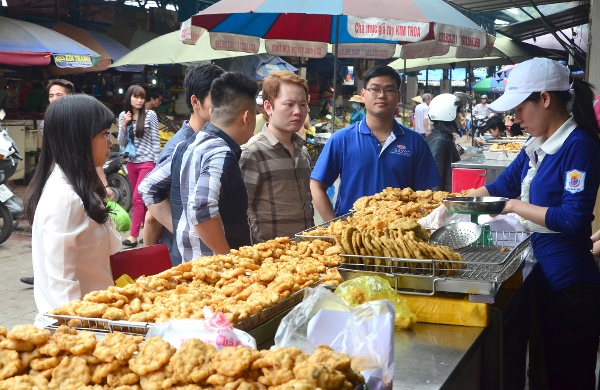 The flavour of Ha Long squid paste is distinguished from those made in other localities thanks to its crunchy, chewy texture and fragrant aroma.