Not only famous for its charming landscape, Hoai Khao village (located at an altitude of nearly 1,000 m above sea level, Quang Thanh commune, Nguyen Binh town, Cao Bang province) is also known as a place where people live in harmony with nature. In October 2020, Hoai Khao hamlet was chosen to be a community tourist destination for its good preservation of the cultural values and rich lifestyles of the Dao Tien people.

Every spring, swarms of giant honey bees (Apis dorsata) flock to nest in two caves near Hoai Khao village. People here always respect and try not to disturb their ecosystem. They only get the beeswax from the hives left dangling on the cliffs, in the 7th lunar month when the bees have all gone. The day to organize the collection of beeswax is carefully chosen. A ceremony to worship the forest god and the ‘bee god’ is held to ask for permission of a safe journey and pray that the bees will keep resorting to the region.

It is rare that Hoai Khao people bring strangers into places that have bees or let them participate in the journey to get beeswax as they worry strangers might steal honey and wax, scaring the bees and causing a disturbance to nature.

Mr. Phung Van Cau, a lawyer currently working in Cao Bang, has just been lucky enough to be trusted by Hoai Khao people who decided to take him to on a trip to the forest to get beeswax. After being informed of the fixed date of beeswax extraction, he put aside all his work to find Hoai Khao.

According to observations, Mr. Phung Van Cau noticed that hives were close together, sticking to the cliffs at 15 - 20m height, which necessitated the use of tall bamboo ladders firmly tied with ropes. Locals connected the poles together, and at the top of each pole attached a long, flat, sharp piece of wood to cut the beeswax.

“The climb up the cliff to poke the dead beehive is done by strong men. Women are often the ones who collect the fallen nests. Having firsthand experience with how the Hoai Khao people harvest beeswax, I understand why this place has such a harmonious nature. They respect and preserve nature for many generations, considering it as a principle of life," said Cau.

After being collected, the wax is processed through stages such as melting, filtering out impurities, so that only the pure parts ate left to condense. They are cut into equal parts, and sent to families in the neighborhood for household use. Beeswax is also used to draw patterns on indigo cloth. Most women here are proficient in the technique of printing geometric patterns, plants, flowers, birds and animals with beeswax on fabrics to make elaborate costumes of Dao Tien women. 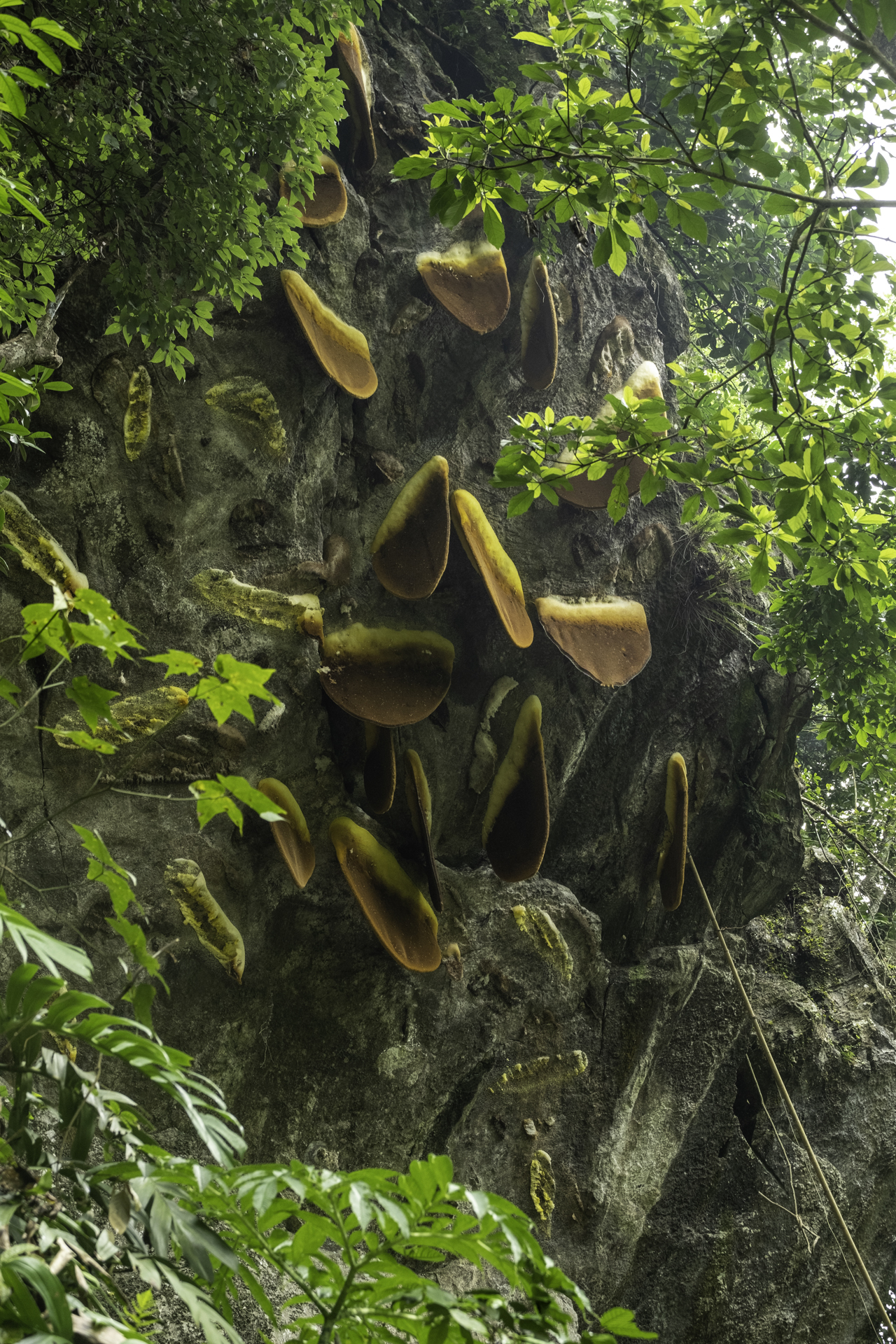 The beehives are close together on the craggy cliffs (Photo: Chung Vu) 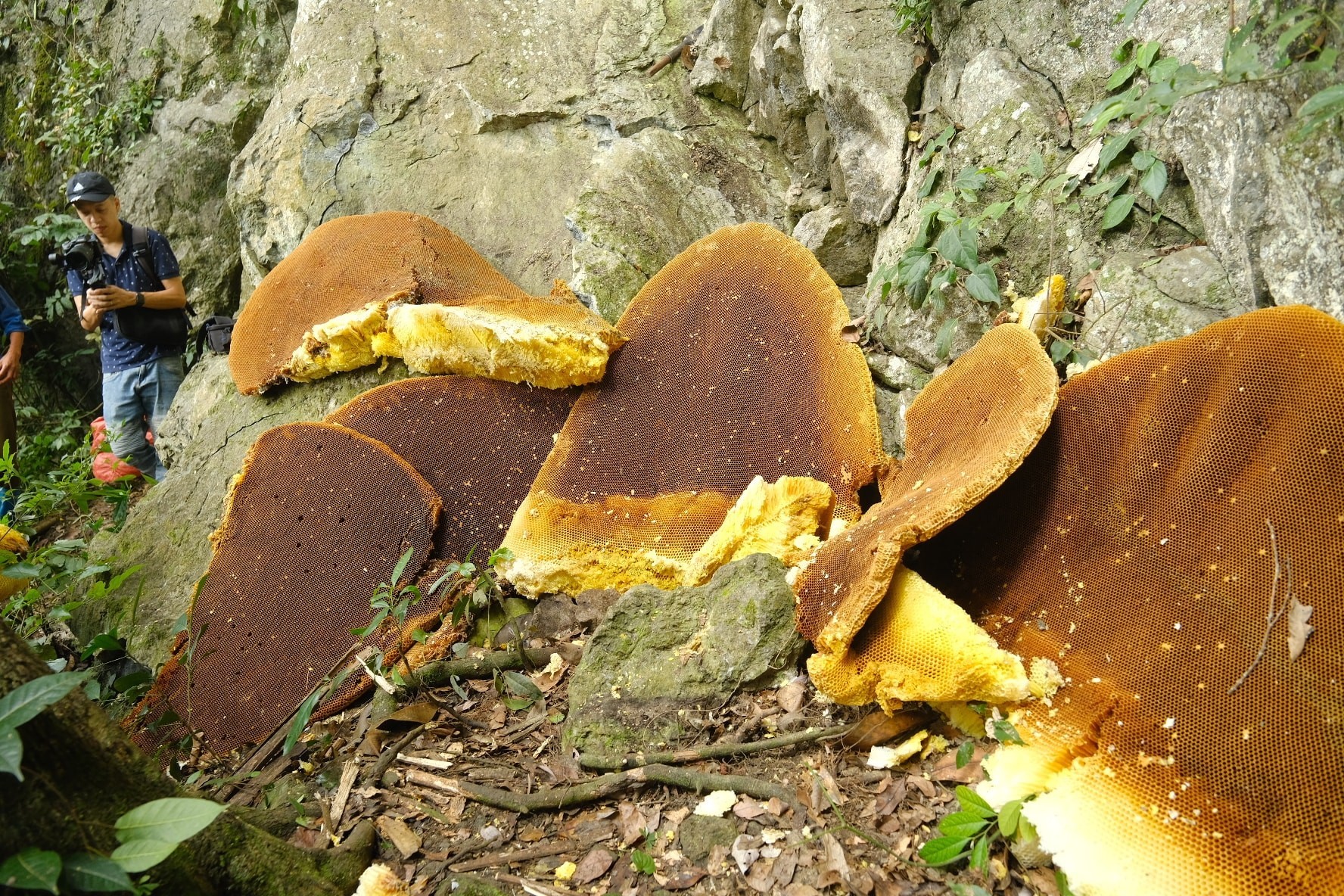 Beehives with a diameter of up to 1.5m can be overwhelming to work with. 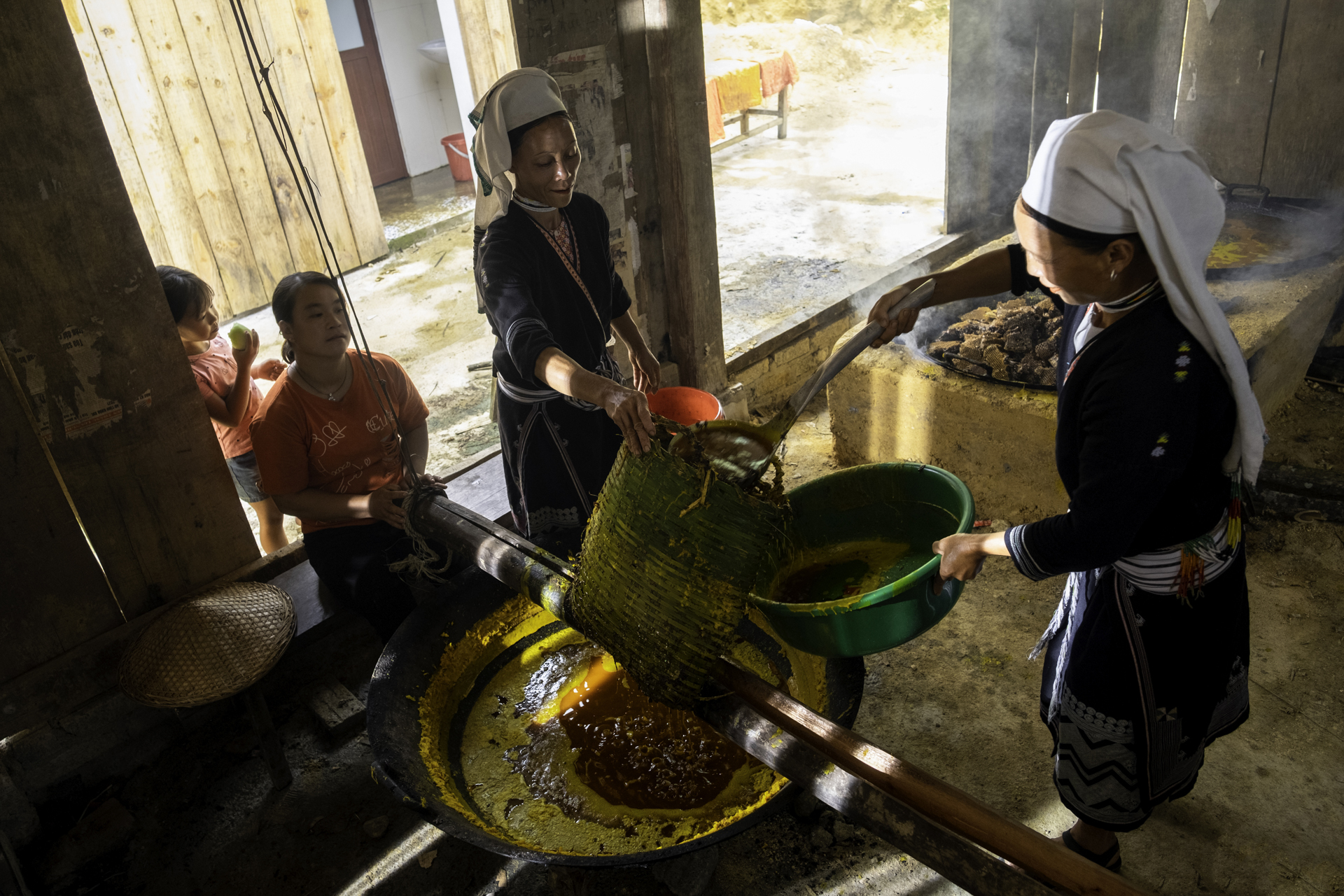 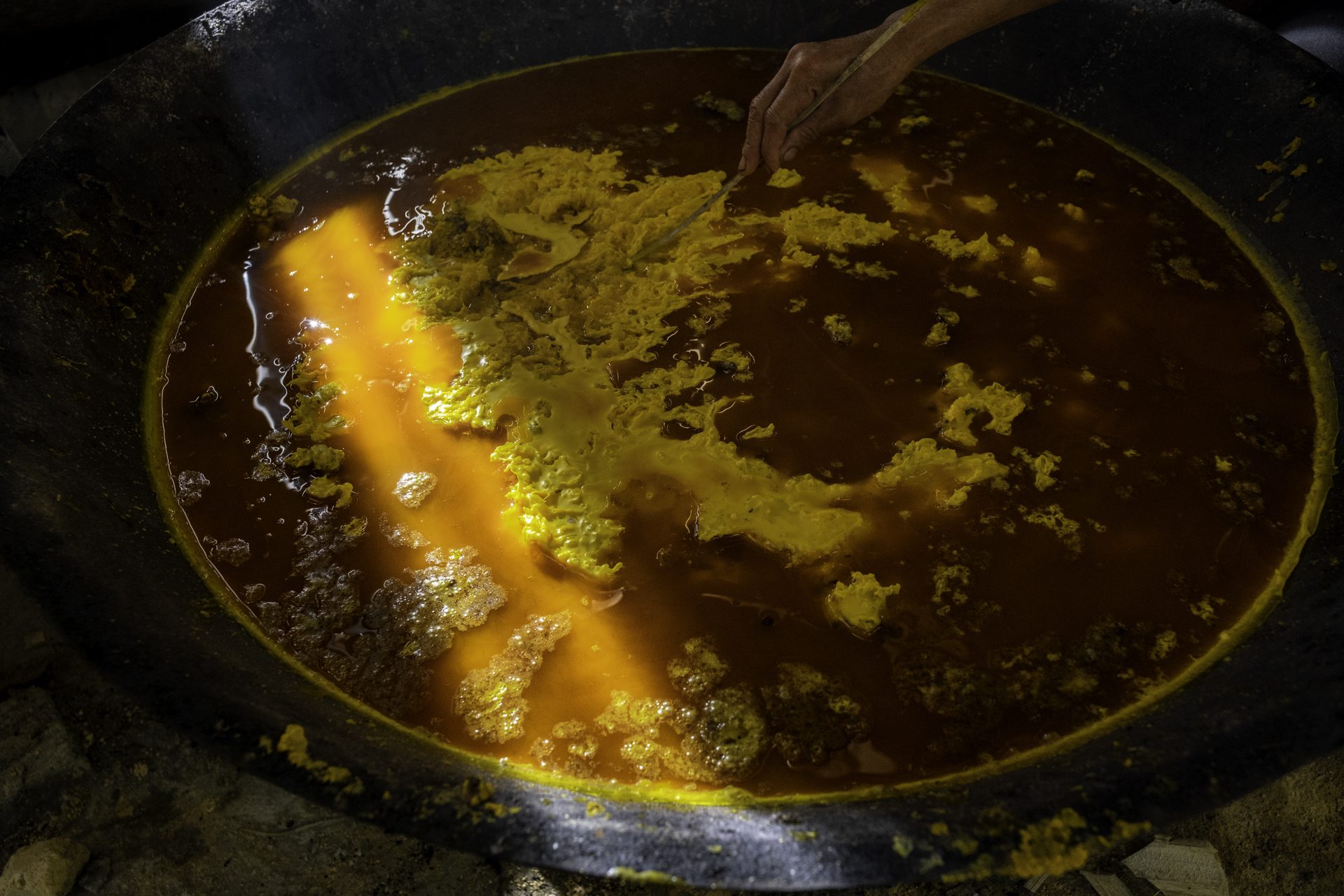 Away from the beaches with smooth clear water and white sand that Phu Quoc Island is famed for, there are other attractive jungle and farm destinations.