How Hanoi’s lotus-scented tea is made 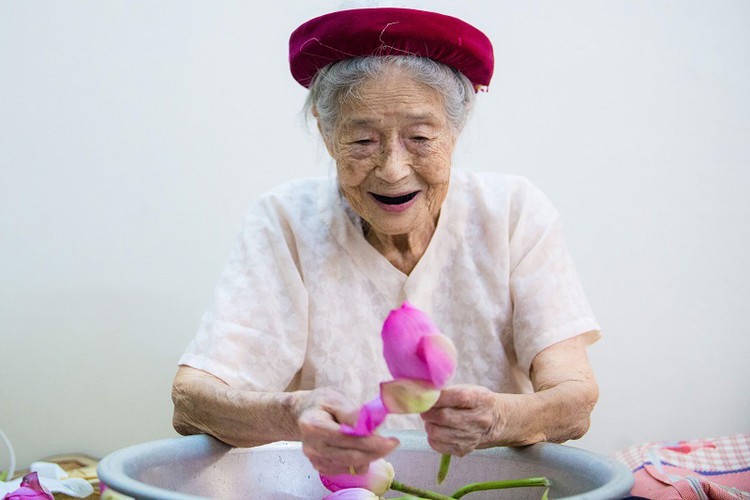 To have a lotus tea package, Hanoian artisans need to pick the lotus flower since the very early dawn, extract the lotus stamens and mix them with the dried tea leaves. Nguyen Thi Dan, 97 years old, and her family living at 33 To Ngoc Van, Quang An, Tay Ho district has been making lotus tea for several generations.

Dan is also the oldest lotus tea artisan in Hanoi. Currently, due to her advanced age, Dan passed the craft to her descendants. 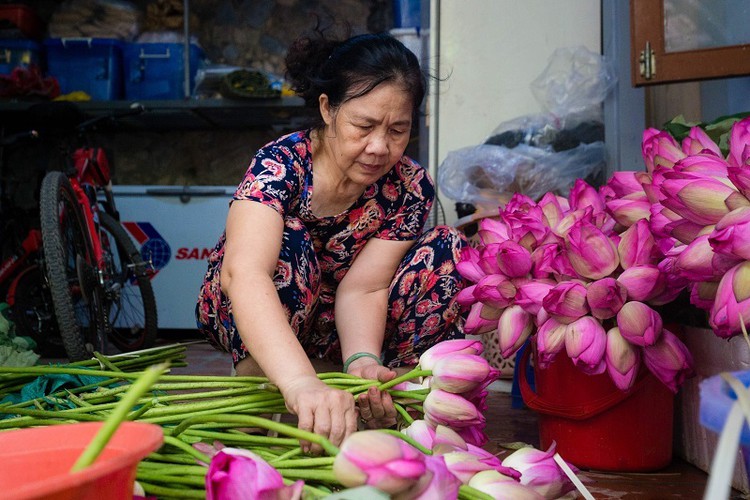 Currently, the inheritor is Ngo Thi Than, Dan's daughter. 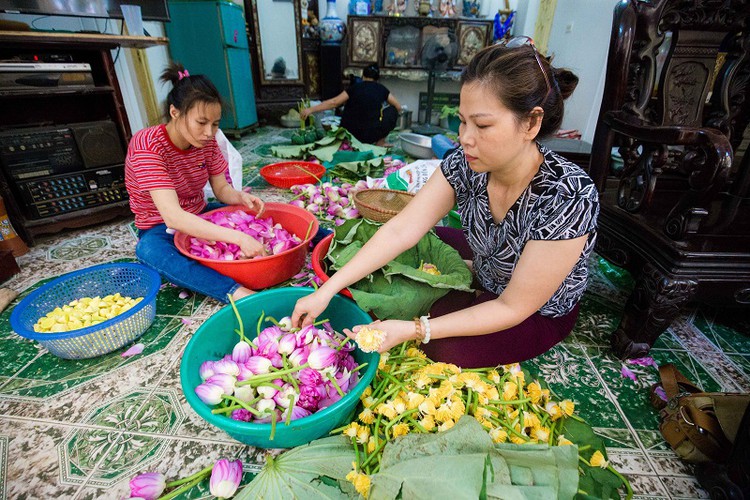 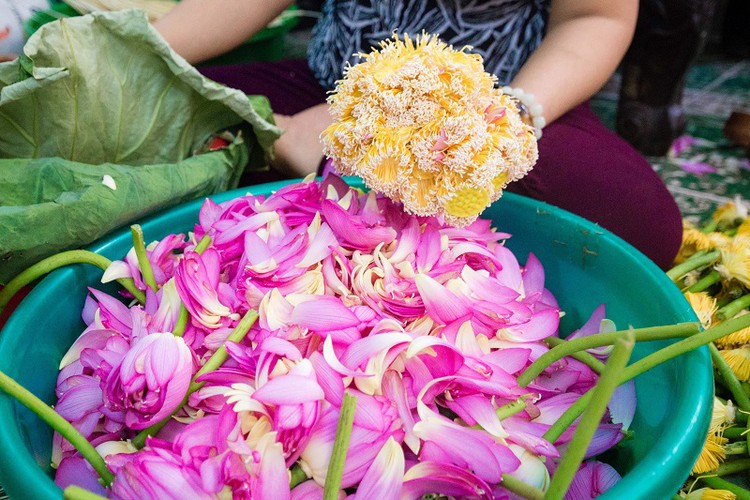 With lotus-scented tea, the artisans wrap the dried tea leaves in the flower petals and then swaddle the whole thing with lotus leaf. The process is called “Tra uop xoi” (express scenting). This express scenting lotus tea costs usually VND35,000 (US$1.5) a bunch, enough to make several cups. 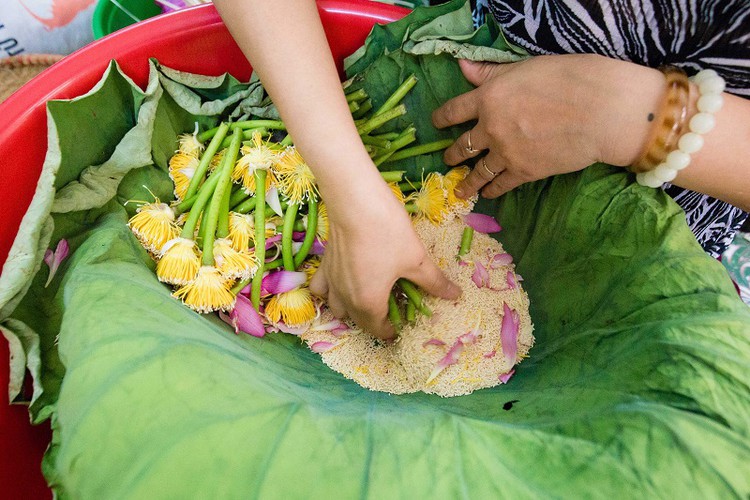 Regarding traditional lotus tea, to make one kilogram of this drink delicacy, artisans need about 1,000-1,200 lotus flowers. The lotus must be grown in the lagoon of Quang Ba village, picked before sunrise and then brought back to extract the stamens and then mix them with dried tea leaves. 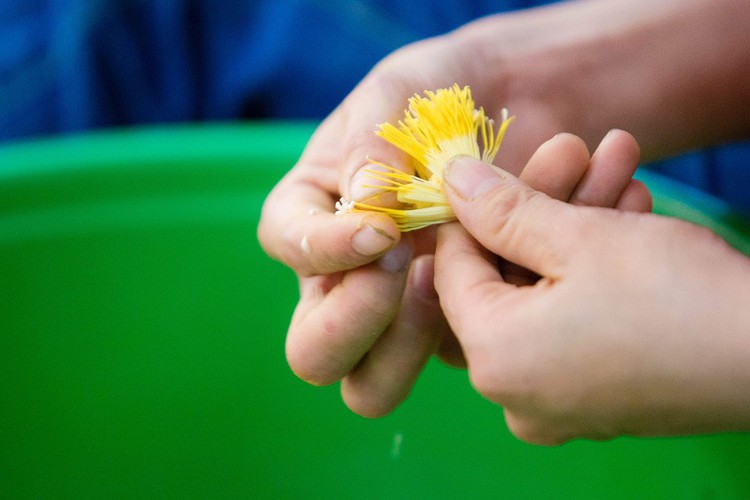 In the process of making lotus tea, extracting the stamen is the most meticulous and time-consuming stage that requires the artisan’s skill to avoid crushing the stamens and preserve the typical aroma of lotus. 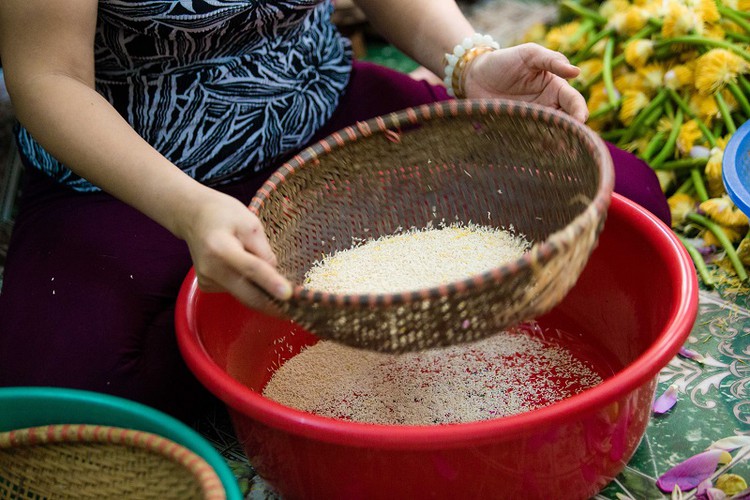 Making lotus tea requires not only technique but meticulousness and sophistication in each stage. 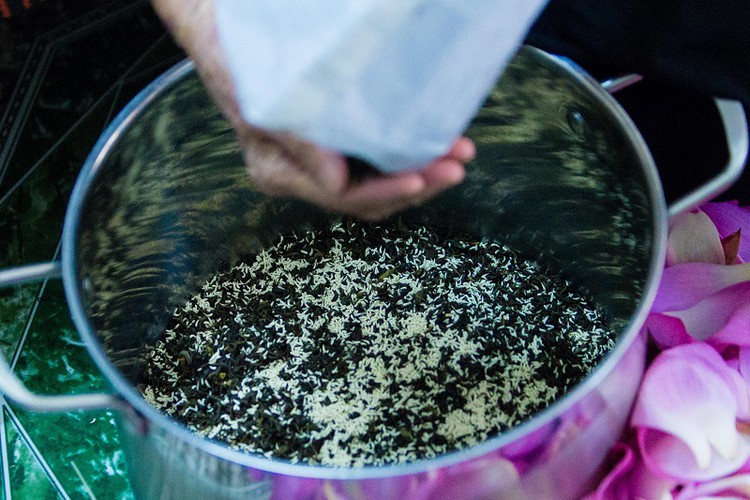 Lotus stamen is the flower fragrance source, to be mixed with dried tea leaves. 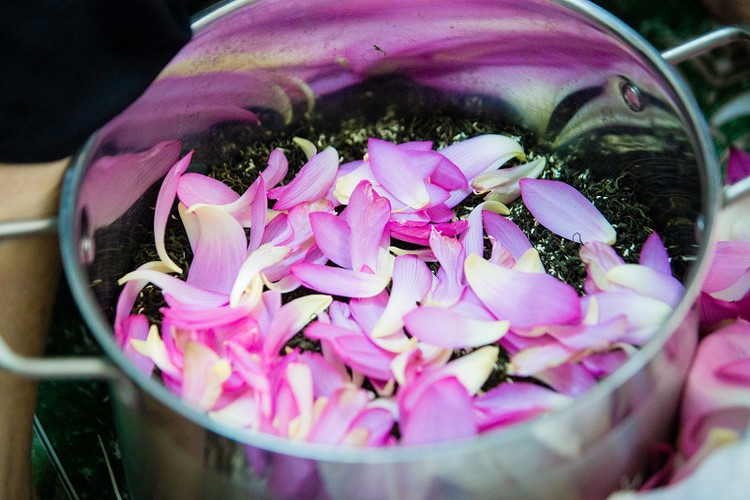 The mixing and drying process is repeated seven times. Each time, the dried stamens are taken out and the tea leaves would be mixed again with fresh stamens. 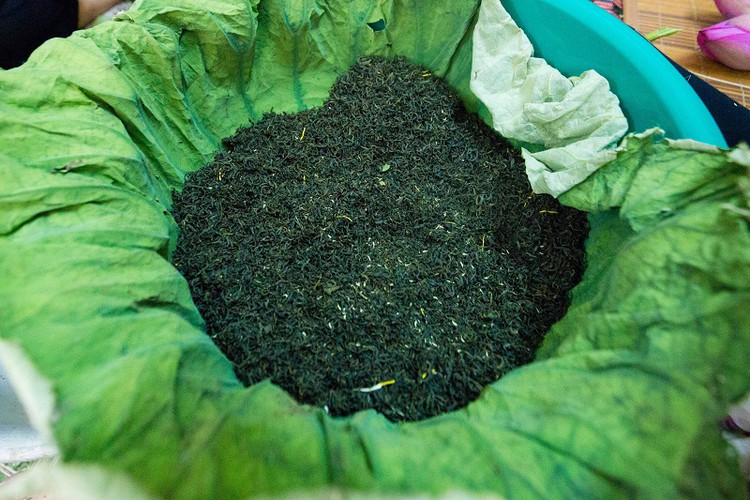 The tea to be scented must be produced in Tan Cuong (in Thai Nguyen province).

The quality of lotus tea tastes bitter at first and leaves the sweet flavor in the palate after being sipped.

Making lotus tea requires that all stages are handmade with all natural and non-chemical materials. Traditional Tay Ho lotus tea is sold at a very high price of about VND700,000 (US$30) per tael and is favored by foreign tourists. 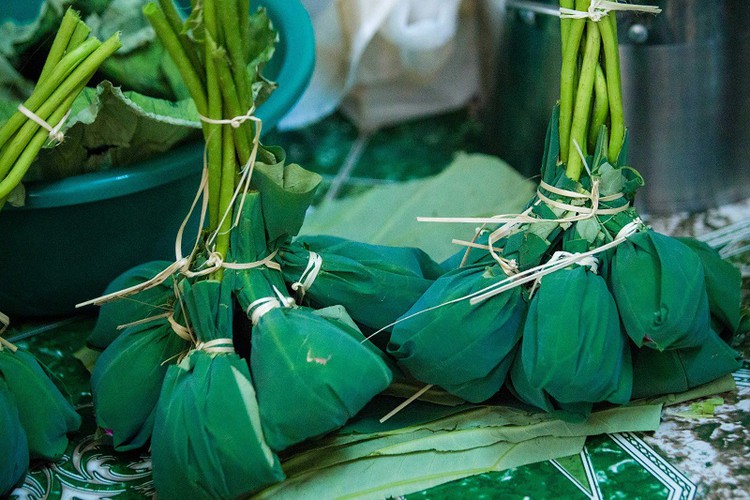 In Hanoi, just few artisans still stick to the craft.