Through the use of cinema, heritage sites, landscapes, traditional culture, and food native of Thua Thien-Hue province can be introduced to a wider audience. The “Mat Biec”, known as “Dreamy Eyes” in English, coffee shop quickly became a favourite hotspot of young people when the movie of the same name premiered.

A romantic scene in the film is re-enacted by young people at the film studio.

The romance of the movie comes to life.

With a large number of tourists visiting Hue annually, they are keen to discover the old city after seeing it in the movies. 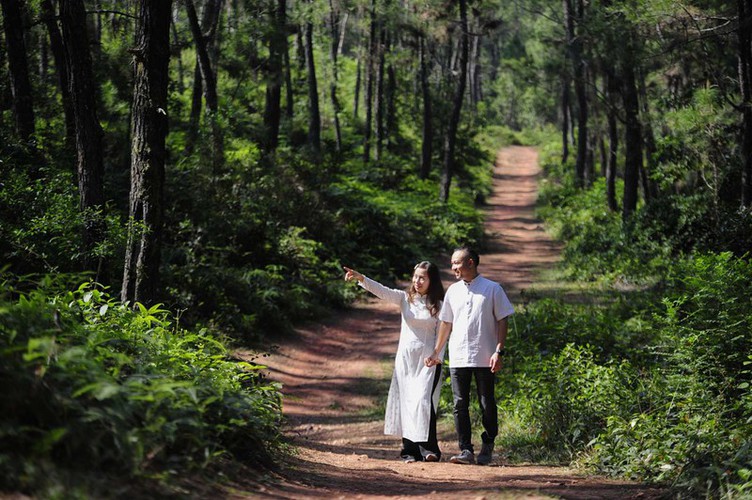 Directors help to bring the beautiful scenery of Hue to new audiences.

An Dinh Palace serves as a great destination for many filmmakers.

Plenty of singers also choose to shoot their music videos at An Dinh Palace.

Hue is home to an array of unique architecture.

Familiar scenery can be spotted on many movies, with Hue gradually becoming a favourite spot among film crews.