Japanese media quoted Government sources, saying the decision has been made following these countries and territories effectively bringing the novel coronavirus (COVID-19) pandemic under control, or at the very least having a low number of new cases.

Despite these steps, it is unknown if the designated countries and territories will reciprocate the move and ease restrictions for Japanese travelers, but Japan hopes those Governments will take similar actions.

Vietnam resumed its commercial flight route to Japan on September 19 following a prolonged suspension of traveling caused by the spread of COVID-19. The majority of passengers on board the flight were students and Vietnamese guest workers, along with several Japanese nationals.

According to a report by Nikkei Asian Review, the Far East nation has issued COVID-19 related travel advice and warnings relating to infectious diseases via a system which has four categories depending on the potential risk and safety in relevant places. Although each warning level does not legally bind Japanese citizens from traveling, the receiving country has the power to accept or reject their entry.

Japan had placed a total of 159 countries and regions, including China and the United States, at level "3" on September 28, which urges Japanese nationals to avoid traveling to those areas for any reason.

Beginning next month, they will lower their warning level to "2" for countries that have few infections over the last two weeks in proportion to their total population. Level 2 therefore advises Japanese citizens to avoid all but nonessential travel, with Australia, Vietnam, New Zealand, Brunei, and Belgium likely to be included on the list. However, all arrivals will be required to complete a two-week quarantine in line with Japanese regulations.

Furthermore, Japan is in the process of conducting negotiations with 16 countries and regions including China, Vietnam, and Taiwan (China) in an effort to resume business travel.

Kyodo newswire reported that businesspeople have already been permitted to travel to some Asian countries, including Vietnam and Thailand, providing that they meet certain conditions, including providing negative COVID-19 test results. In addition, foreign students on Government grants are also able to enter the country.

According to the news publication’s sources, the Government plans to greatly expand the scope of people who are exempt from the entry ban starting from October, with foreign students who are not on Government grants, medical staff, and those participating in cultural activities among those to be allowed in. VOV 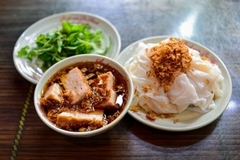 Below is a list of quality restaurants offering food for less than VND100,000 (US$ 4.3) per person in the busiest central districts of the capital city of Hanoi. Prices may vary depending on restaurants. 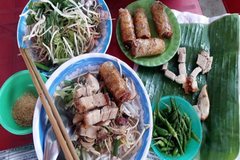 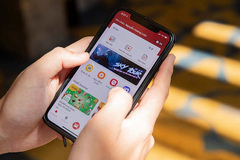 Jellyfish noodle soup is popular in some central coast provinces like Binh Dinh, Ninh Thuan and Khanh Hoa. The specialty wins the heart of diners with its fresh taste of the sea.