VietNamNet Global - A new wave of theme parks, cable-car rides and architectural masterpieces have given a new lease of life to many of Vietnam’s leading destinations, which had previously offered little by way of entertainment.

Racing to catch up

While many countries around the world have long been home to cutting-edge theme parks with exhilarating rides and state-of-the-art attractions, Vietnam had always lacked such amusement parks for many years.

As an emerging tourism destination, for many years, Vietnam leveraged its natural beauty - pristine beaches, majestic mountains, and awe-inspiring landscapes - to attract international visitors. However, the country sorely lacked world-class entertainment facilities that would both entice tourists to stay for longer and attract many more to follow.

With a growing middle class, Vietnamese have also been travelling more than ever before in the last 10 years. Therefore, the country has also been lacking world-class attractions to appeal to domestic tourists, who as a result have been increasingly flying overseas - something that’s easier than ever before thanks to budget airlines and visa-exemptions across ASEAN.

According the Vietnam Tourism Association (VITA), in 2016 approximately 6.5 million Vietnamese people traveled abroad, spending approximately US$8 billion, nearly doubling 2012’s US$3.5 billion. One of the reasons for traveling abroad is to seek out new experiences, so it’s inevitable that up until quite recently Vietnamese would have continued to fly overseas in search of entertainment and amusement parks like Disneyland or Universal Studio.

So what’s changed in Vietnam? Aware that Vietnam was losing out as both domestic and international tourists would seek world-class entertainment elsewhere, Sun Group - the country’s premier developer of luxury tourism and entertainment projects - launched a subsidiary, under the Sun World brand. The concept was simple in its own way: to develop complexes that feature world-class attractions and exhilarating rides that would entertain both Vietnamese and international tourists when visiting some of the country’s leading holiday destinations.

With the arrival of Sun World complexes - there are currently five in total - now Vietnamese can enjoy a “Disney land experience” in their home country, and so much more while international tourists will also find much on offer in some of the country’s leading destinations.

The first Sun World Complex to be unveiled to the world was in Ba Na, high up in the hills that overlook Da Nang city and the coastline in central Vietnam. Inaugurated in 2009, this Sun World Complex transformed a sleepy mountain town into a hugely popular tourist destination. The cable car ride from Da Nang to Ba Na was an attraction in itself, offering awe-inspiring views of the central coastline and mountains beyond Ba Na.

Sun World Ba Na Hills boasts stunning scenery, amazing restaurants and also hosts cultural festivals throughout the year to keep all visitors entertained. It’s also home to the Golden Bridge, a stunning architectural creation that has been hailed as the new iconic must-see attraction in Vietnam.

Closer to sea-level, Sun World Da Nang Wonders is located on the western bank of the Han River. Considered a "green oasis" in the heart of the city, the complex boasts some wonderful architecture and offers visitors a range of exciting cultural activities, unlimited indoor games and attractions - everything a family needs for fun-filled day out in the city centre.

When Sun World Da Nang Wonders first opened in 2014, it was a huge moment for Da Nang, which for many years had little to offer the many tourists, who flocked to the nearby beaches, where they stayed in resorts, rarely visiting the city. But thanks to Sun World Da Nang Wonders, Sun World Ba Na Hills, Da Nang is now enticing more tourists than ever before, which has infused the city with a much more vibrant energy.

The great heights of Vietnam

Further north, Sa Pa had always been known for its mountains, forests, terraced fields. It was mainly a destination for young and adventurous travelers, who would trek through the hills, in particular, to conquer Fansipan - the “Roof of Indochina”, which stands at over 3,100m. That was a trek far beyond most people until 2016, when Sun Group unveiled the Fansipan cable car system, which departs from a station right in Sun World Fansipan Legend.

Now, everyday many thousands of visitors travel to Sa Pa where they can discover more about the rich culture and landscapes of the northwest at Sun World Fansipan Legend. Tourists can also take a ride through the nearby valleys on the Muong Hoa funicular before taking a trip on the world’s longest three-cable car to the peak of Fansipan, where Sun Group have also developed a complex of spiritual buildings, shrines and monuments.

These attractions alone have truly transformed Sa Pa, not just visually. In 2018, Sa Pa received 2.4 million visitors, an increase of nearly 60% compared to the same period in 2016, when Sun World Fansipan Legend opened. Industry analysts have forecast that Sa Pa will serve nearly 4 million visitors by 2020 and 8 million by 2030.

Meanwhile, Ha Long city in the northeast of Vietnam had for too many years been described as “the beach city without beaches”. In years gone by, the city had also been criticized for allowing Bai Chay beach to be contaminated with garbage and waste water. This was a hugely disappointing situation considering the city and beach stand on the threshold to the UNESCO protected Ha Long Bay, one of the world’s natural wonders.

But now, Ha Long has also undergone a regeneration. Bai Chay is now rubbish free and tourists can enjoy the sight of white sands and crystal clear water. By night, Bai Chay Bridge is illuminated with colorful LED lights that reflect off the bay waters. All around the city there is a much more lively atmosphere. A huge part of this is down to Sun World Ha Long Complex, which features a range of exhilarating rides and water games, but more importantly has turned the city itself into a destination in its own right.

When Sun Premier Village Ha Long Bay Shop-house, an ideal place for entertainment, shopping and relaxation, comes into operation,  Ha Long will have  even more to offer visitors, further transforming a city, which previously was considered to be a little more than a pit-stop, where tourists climbed off a bus from Hanoi and boarded a boat to see Ha Long bay.

A new side to Paradise Island

Last but not least, Phu Quoc has long been considered Vietnam’s leading beach destination. Seen as something of a rough diamond, located in the middle of the sea, the island has often been tipped as the next Bali or Phuket. But the island had for many years lacked diversity in terms of entertainment. However, that also changed overnight when Sun World Hon Thom Nature Park opened on the southern tip of the island. A journey from the main island on the Hon Thom cable car -the world’s longest sea-crossing cable car system at over 7km - is a stunning experience as passengers ride over the waves and feast their eyes on the panoramic views.

When they arrive at Sun World Hon Thom Nature Park, visitors will discover a mesmerizing world of beach games and water sports, before enjoying a delicious meal in a stunning location.

In developing the Sun World complexes, Sun Group has undoubtedly added a much-need dynamic to some of Vietnam’s most popular destinations. Working with the world’s leading designers, architects and contractors, Sun Group has strategically invested to create man-made marvels and fun-filled theme parks that have raised the bar for tourism and entertainment within Vietnam and caught the world’s attention. 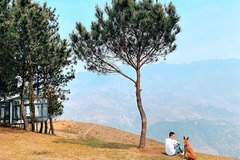 Leaving the noise of the city, Pu Nhi Farm is truly an ideal place for those who love peace and want to enjoy the beauty of nature. 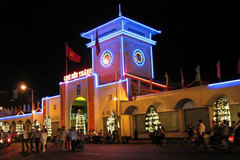 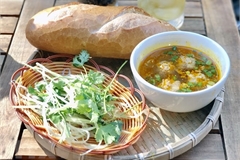 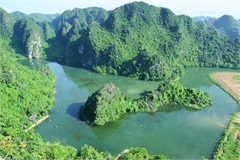 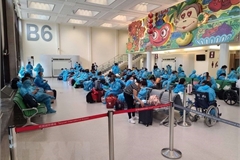 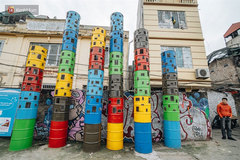 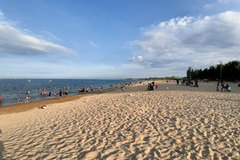 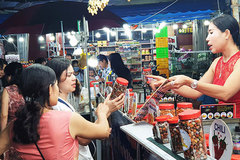 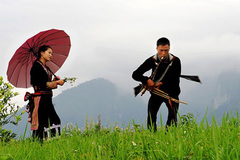