Travelers are recommended to visit Saigon`s Independence Palace not just to gain a sense of the building`s role in the Vietnam War, but also because of its wonderfully retro exterior and interior.

After visiting Saigon as a guest of Scenic on its all-inclusive 13-day Treasures of the Mekong cruise and land tour from Saigon to Siem Reap, Anthony Dennis, a writer from Stuff.co.nz, a New Zealand news website published by Stuff Limited, has some words of advice for travelers with nine must-do things on exploring Ho Chi Minh City. 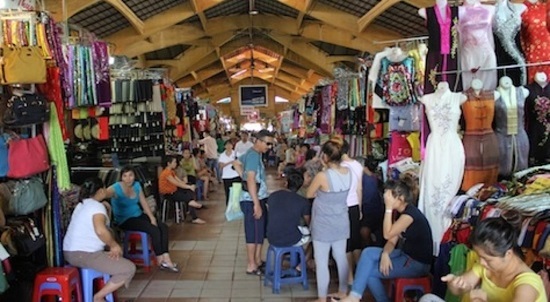 Ho Chi Minh City is divided into a series of districts with District One the main hotel, dining and retail area where visitors inevitably congregate. But to experience a literally different side of the city, cross the Saigon River to the Seminyak-like District Two, the city's hippest new neighbourhood packed with cool restaurants, cafes, bars and boutiques.

According to Dennis, you can think Ho Chi Minh City as a lifestyle store selling quality, handcrafted and affordable ceramics, textiles, lighting, bags and much more. All of its authentic wares are drawn not just from Vietnam but from the "Mekong subregion", which includes countries such as Cambodia and Laos. You'll find branches of this refined retailer in both Districts One and Two.

In addition, Vietnam is a major coffee producer and it's no surprise that the Vietnamese enjoy their coffee. So can you, in considerable style, at a District One branch of L'Usine. Take your pick of the L'Usine cafe above a covered laneway off busy Le Loi Street or another inside an elegant art deco space on Le Thanh Ton Street.

Anthony Dennis recommends that if you want to explore Vietnamese cuisine, you can visit Ho Chi Minh City. Although there are plenty of restaurants to tempt visitors in District One, The Deck, a stylish riverside diner in District Two frequented by cluey expats and tourists, is hard to surpass for both its tranquil location and excellent food.

In addition, travelers can visit Saigon's Independence Palace not just to gain a sense of the building's role in the Vietnam War, but also because of its wonderfully retro exterior and interior. A mix of traditional and modernist styles, right down to its furnishings, throughout, it was here that at 10:45am on April 30, 1975, tank 843 of the conquering North Vietnamese smashed through the palace gate.

The number of foreign visitors to Ho Chi Minh City in the first quarter of 2019 is estimated at 2.25 million, equal to 27% of this year's target and making up half the foreign arrivals in Vietnam in the period, VnExpress reported, citing the municipal Department of Tourism. Hanoitimes