Rumours have it that canaries used to build their nests in the hollows of the layers of rocks at Ganh Yen. The locals also speculated that the black rocks there might have been formed by volcanic eruptions from millions of years ago.

Ganh Yen Beach is most beautiful during the low tides when the colourful coral reef is revealed.

Ngo Van Thinh, chairman of Binh Hai Commune People's Committee, said, "The tide recedes and reveals the flowers of the sea twice or three times a month. It usually occurs in the early and middle of the months from April to July."

In order to protect the coral, the local authorities have sent employees to guide the tourists to navigate the coral reef. Thinh said they were calling for tourism investment and encourage people to develop homestay services there.

Some photos of the coral reef: 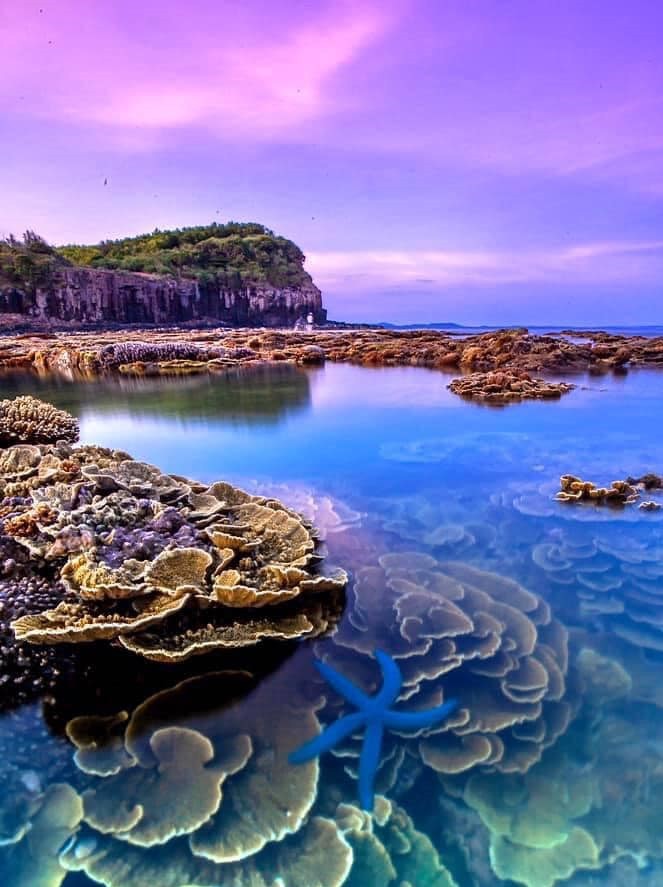