Around 12 kilometers from Hue City, Ru Cha Mangroves Forest is nestled in Tam Giang Lagoon in Thua Thien-Hue Province. In the local dialect, ru means forest while cha is the name of the trees growing densely in the forest.

In autumn, cha trees (excoecaria agallocha) turn yellow, making the forest expose its untouched and romantic natural beauty which enchants visitors. In the heart of the forest is an observatory allowing visitors to admire the panoramic view of the surrounding green spaces and Tam Giang Lagoon.

As the autumn days begin to get colder, thousands of spondias pinnata trees can be spotted beginning to shed their leaves in Bau Ca Cai mangrove forest in Quang Ngai province, creating breathtaking scenery for visitors to enjoy.

Located in the Mekong Delta province of An Giang, Tra Su indigo forest has developed into a popular eco-tourism site among visitors to the western region, particularly during the flooding season. 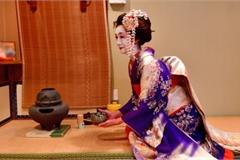 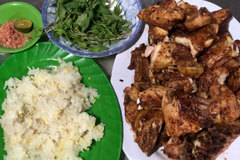