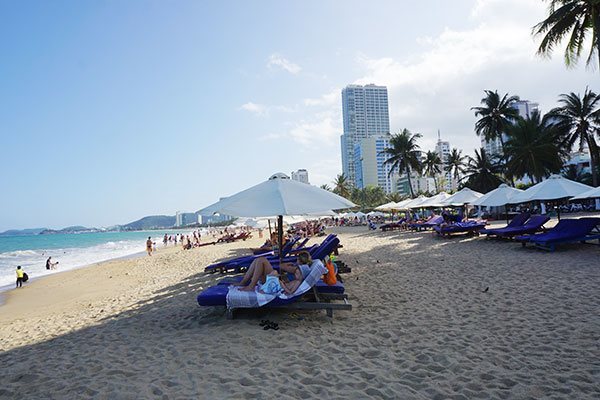 There are about 5,000 tour guides working in the city and many are not working. A lot of tours have been canceled because of the epidemic.

Travel firms had an online meeting with the Vietnam Tourism Association on February 5 to discuss the solutions to the current problems. Travel firms all reported a high numbers of canceled tours.

Also according to Khanh, a firm which has nearly 100 coaches, complained that the coaches have been left idle. Some travel firms, which have offices and branches throughout the country, complained that they cannot earn money to maintain such large networks.

In general, a moderately sized company needs to earn VND100 million a day to pay to workers. Many travel firms have had their operation ‘frozen’ and workers go to the office just to deal with the tour cancelations.

When SARS broke out in 2003, the tourism industry also met difficulties because of the decrease in number of travelers. However, at that time the number of travelers was modest and travel firms’ operation scale was small. The loss caused by SARS was lower than the coronavirus outbreak.

According to the Vietnam Tourism Association, the number of travelers has decreased by 20-30 percent on average, and by 60-70 percent in some localities. A travel firm complained that it has lost 90 percent of travelers.

Hotels in Nha Trang estimated that the room occupancy rate has dropped by half. Some hotels there have applied alternate working days so as to cut down expenses. A hotel in HCM City is also considering using the solution. Meanwhile, the manager of the hotel has cut his own pay.

In Da Nang, some travel firms predicted that their revenue would drop by VND100 billion.

According to Khanh, in the immediate time, travel firms and hotels have to accept the tour cancelations to ensure customers’ benefits and comply with the epidemic prevention regulations.

They now have to prepare long-term business plans by designing big sale promotion campaigns. The campaigns will be launched after the epidemic ends to stimulate demand and revive the business.

Authorities in the southern province of Vinh Long are trying to turn tourism into a powerhouse of local economic growth.