The central coastal province of Nghe An well known for its beautiful beaches such as Cua Lo and Quynh Bang, and also its local specialties such as the popular dưa món (tuber pickles ) and nộm củ cải khô (dried radish salad).

When I arrived at my aunt’s home in Quỳnh Đôi Village, I was really impressed with her dưa món, which has gained fame in the area as an expert in the dish.

The ingredients include dried radish, carrot, papaya, garlic and several others. “In the past the dish was only prepared for Tết but now it is used for daily meals and can be found on restaurant menus,” my aunt, Phan Thị Ngọt, said, noting however that making the dish is rather complicated.

All the tubers are chopped into pieces of about 1.5cm by 5cm, before being dried in the sunlight until half dried.

"The process takes special care to stop the tubers from becoming too soft or too withered, that causes them to be tough," she said.

In addition, the taste of the dish depends much on the fish sauce used to soak the dried tubers.

“I had to try time and again to find the right recipe for this sauce,” Ngọt said, adding ingredients that included 1/2 bowl of quality fish sauce, 1/2 bowl of sugar and 1/2 bowl of water. They are cooked together and left to cooled the dried tubers, garlic and chili are added to a big pot to soak for two days.
I enjoyed the dish very much because it’s crispy, sweet and salty, particularly the fragrant smell of the mixed fish sauce.

"The aromatic flavour of dưa món has been in our souls for a long time. It's become an indispensable part of rural people for generations," Ngọt said.
As I was leaving to return to Hà Nội, Ngọt gave me five bottles to present to other relatives on her behalf for them to enjoy during Tết. Although we can make the dish at home, we still want Ngọt’s dưa món because it is the best!
Ngọt promised she will send more to us every year.

Now, thanks to improved local living standards, all sorts of delicious dishes are available, but dưa món is still the king because it adds something extra to meals.

Apart from dưa món, nộm củ cải khô is also among the province’s other specialties, Ngọt said, noting that most households in her village make dried radish and keep it to be used in the winter or rainy season.
The most tasty dish made using dried radish when it was mixed with boiled pig’s ears cut into threads in roasted rice powder, locally known as nem tai.

To process the dish, Ngọt said, the dried radish threads are soaked in boiling water for half an hour then squeezed well before mixing them with spices, herbs, chili, fish sauce, sugar, lemon juice and roasted peanuts and nem tai.

Ngọt's husband said the dish is great to enjoy with a cup of local wine (known as rượu cuốc lủi made from fermented glutinous rice) because it has a buttery taste from the roasted peanuts, fragrant roasted rice powder, crispy nem tai and the sweet, sour and spicy dried radish.

“I've been addicted to the dish since we were married some 50 years ago,” he said, noting that his wife also knows how to make a dried radish salad mixed with grilled snakehead on charcoal, or fresh white radish salad with bacon and tiny shrimp.

"All the ingredients are available in Nghệ An. They are specialties of our province.”

Herbalist Hoàng Duy Tân from Nghệ An’s Traditional Medical Association said white radish, both fresh and dried, is very good for the health because it is rich in vitamins and minerals.

"It helps reduce cholesterol and prevents osteoporosis, and is very good for the digestive system. Fresh white radish cut into thin pieces and soaked in honey can treat a common cough, particularly among elderly patients and children,” Tân said. VNS 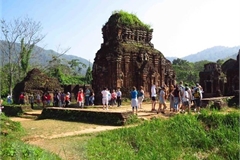 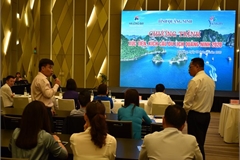 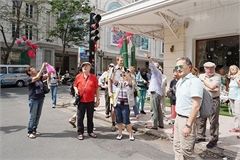 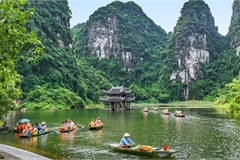 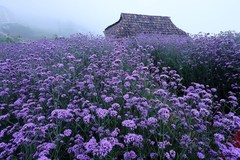 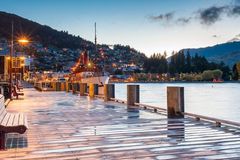 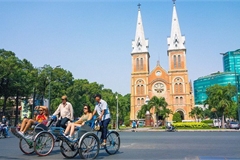 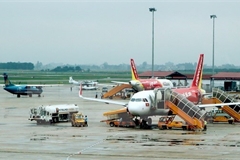 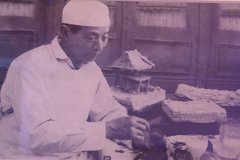 A taste of Hanoi’s famed cà phê trứng or egg coffee got me out of my comfort zone of a regular black coffee without sugar to try a new treat.