Vietnam is coming back to normal after the lifting of the social distancing policy. It’s now time for the tourism industry to defrost after four frozen months. 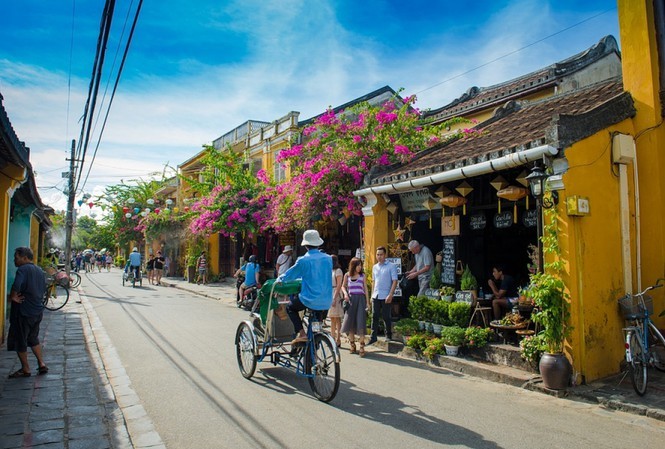 This is the initial achievement of the ‘Vietnamese travel Vietnam’ promotion campaign launched by the Ministry of Culture, Sports and Tourism in early May. Travel firms have joined forces with airlines, hotels, restaurants and local authorities to design domestic tourism products at very reasonable costs to stimulate demand.

Experts, commenting that it is now cheaper than ever to take domestic tours, predicted that the domestic market may increase by 95 percent in the last seven months of the year.

According to Tran Trong Kien, chair of the Tourism Advisory Board, there are 16 outbound travelers every year, and since the travelers cannot go abroad at this time, they will choose the destinations in Vietnam.

Besides Vietnamese, foreigners living and working in Vietnam could also be potential travelers.

Vietnam has won in four categories at the 26th World Tourism Awards 2019, including “Top Gastronomic Destinations in Asia 2019.

According to travel firms, enjoying Vietnamese food is one of the most important parts of tours in Vietnam. Typical dishes are always included in menus which show the diversity of Vietnamese cuisine.

The HCM City Tourism Department some days ago organized the ‘Toi yeu banh my Sai Gon’ (I love Saigon bread) Week to advertise the food. The department is also going to advertise ‘com tam’, a Vietnamese dish made with fractured rice grains.

“At night markets visitors enjoy not only local produce but also a lot of other delicacies in all the northern, central and southern regions,” he said.

Japanese Foreign Minister Toshimitsu Motegi on June 1 agreed to conduct a discussion with the Vietnamese Government on considering the resumption of travel between the two countries.