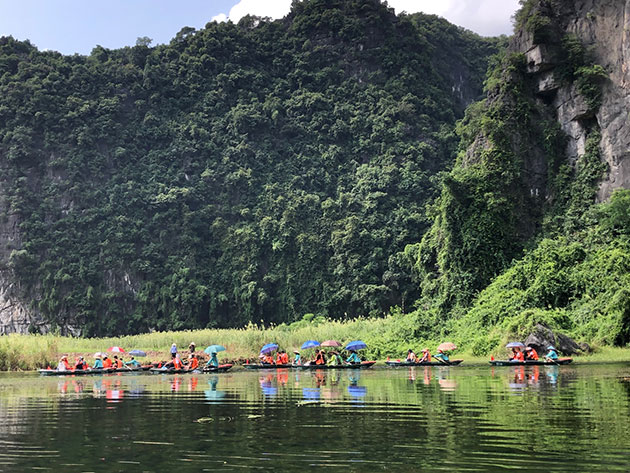 Trang An in Ninh Binh Province

In January, Vietnam won 15 ASEAN tourism awards at a ceremony held as part of the ASEAN Tourism Forum. Such achievements are the recognition of efforts and strong development of Vietnam's tourism industry.

These achievements were also motivations for the tourism industry to improve. There are still many problems that Vietnam must address and have been raised by many experts to encourage tourists to return to Vietnam and ensure the sustainable development of the sector. Some of the most talked-about issues were visa procedures and exemptions, overcharging, overcrowding at many locations and service quality.