Vietnam’s tourism has developed strongly over the recent past and brought abouthigh economic values.

However, experts in the tourism sector said there still remain bottlenecks, oneof which being policies on the entry and exit of foreigners, which need to besettled in order to improve the sector’s competitiveness, thus attracting moreinternational visitors.

Hoang Nhan Chinh, head of the Secretariat of the Vietnam Tourism AdvisoryBoard, said the law on entry, exit, transit and residence of foreigners inVietnam should be more open.

He cited as an example the stipulation that requires a gap of at least 30 daysbetween two visa-free visits.

He also emphasized the need for a national website that publishes officialinformation about visa policies, citing a survey by the Vietnam TourismAdvisory which showed that most websites of Vietnamese embassies abroad fail toupdate latest information on the country’s visa policies.

Such a website should be prescribed clearly in the law on entry, exit, transitand residence of foreigners in Vietnam, he said.

Chinh also pointed to problems in visa granting at Vietnam’s border gates,which still requires visitors to apply for visas at embassies and receive visasat the border gates. He said this has reduced the tourism sector’scompetitiveness.

Experts in the tourism sector are concerned about the fact that the visaexemption policy for tourists from major markets like Russia, Japan and theRepublic of Korea (RoK) will end on December 31, 2019. They said the number ofvisitors from those markets would drop 30-50 percent if the policy is notextended.

The Republic of Korea will temporarily waive the visa application fee for Southeast Asian countries, including Vietnam from Oct. 1 to Dec. 31. 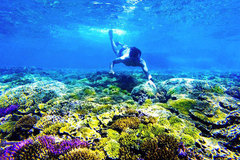