Visitors flock to Long Bien Bridge after popular railway off

The rail track on Long Bien Bridge is seeing an increasing number of visitors after Hanoi banned visitors from visiting the railway on Phung Hung Street.

Hundreds of people have flocked to Long Bien Bridge to take photos. Some people even climbed the fence to go on the bridge. Most of them said they knew it illegal and potentially dangerous but wanted to take a photo.

The bridge is especially crowded in the afternoon and many people gathered where the train was waiting to leave.

Some photos of visitors on Long Bien Bridge: 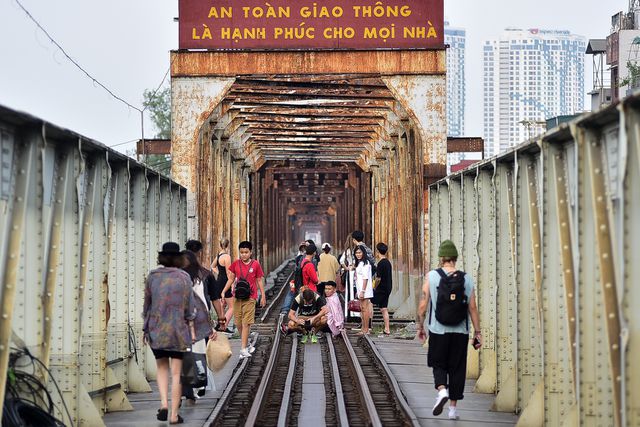 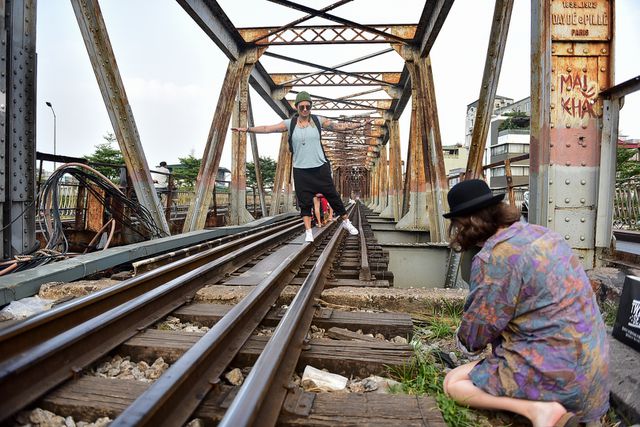 Posing on the railway 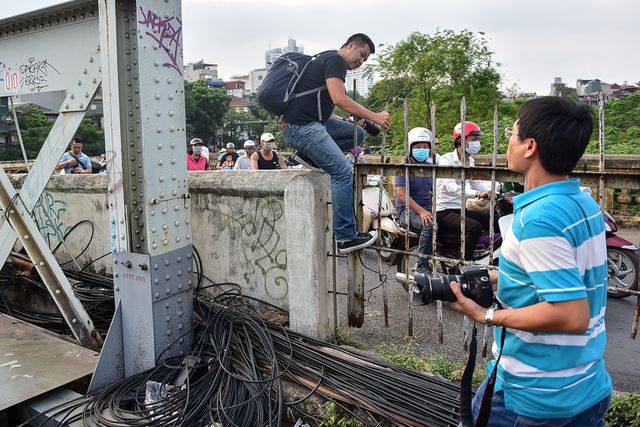 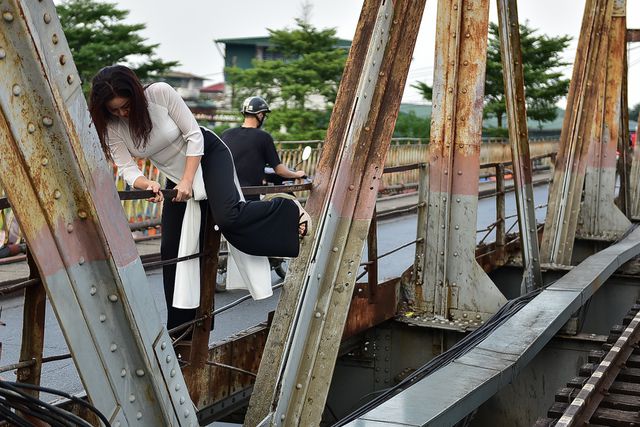 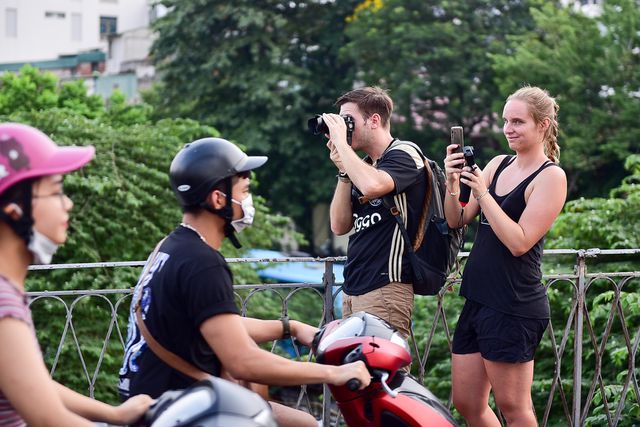 The owners pledged to comply with regulations on prohibited commercial activities within a minimum distance of 1.5 m from the railway, as well as to draw safety lines and install stainless steel bars on the front of each store and house.

Business services, including coffee houses, on a Hanoi railway street have been closed by local authorities.