Which are must-do things in Hanoi in 48 hours?

Writer Ed Peters from South China Morning Post — Hong Kong's English-language paper has recommended travelers what and how to explore Hanoi during 48 hours of weekend.

There’s the usual lucky dip of low-cost carriers and rather pricier ones touching down at Noi Bai International Airport 60 minutes after taking off from Chek Lap Kok (and vice versa) flying at a theoretical 873km/h between Hong Kong and Hanoi. Jetstar’s US$150 return seems very reasonable, though a 7kg baggage allowance doesn’t leave much room for souvenir shopping.

South China Morning Post advises travelers that there are many places you can stay in Hanoi, such as Metropole hotel. Heritage buffs won’t need to be told about the Metropole – opened at the turn of the 20th century and since restored well beyond its former glory – there’s air-con for a start.

According to the Hong Kong-based newspaper, during 48 hours, travelers can buy gifts from several shops in Hanoi. Delicate hand embroidery is something everybody can agree on, ditto paper products made from wild plants that grow on river banks.

About cuisine, South China Morning Post advises travelers that besides Bun cha, Cha ca – grilled fish with turmeric and dill – is a good starting point for first-timers. In addition, the bicycle rickshaw has since become the quintessential Hanoi transport – US$10 per hour on an organized tour, or try a freelancer if your haggling skills are up to it.

In the first three months of 2019, Hanoi welcomed more than 7.4 million visitors, a rise of 10.6% year-on-year. Of the total, 1.8 million were foreigners, a 15.5% increase from a year earlier, and 5.6 million were domestic tourists, up 9% over the previous year’s period, according to the municipal Department of Tourism. 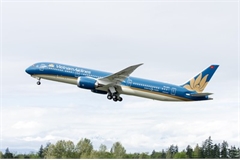 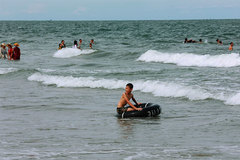 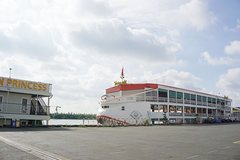 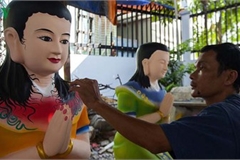 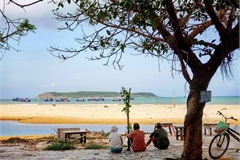