HCMC to use AstraZeneca, Moderna, Pfizer in upcoming vaccination drive

The HCMC Department of Health has sent the municipal government a plan to administer over 1.1 million doses of the AstraZeneca, Moderna and Pfizer Covid-19 vaccines in the upcoming Covid-19 vaccination drive.

The city’s vaccination drive is planned to last two to three weeks or longer to prevent large crowds at vaccination sites, according to the municipal department.

During the upcoming drive, the city will prioritize inoculating people aged over 65, low-income people, policy beneficiaries, those suffering from underlying health conditions and receiving treatment at hospitals, medical workers and frontline workers.

In addition, soldiers, police officers, diplomatic personnel, people who supply essential services, teachers and workers will be vaccinated during this drive.

The AstraZeneca vaccine will be administered to people who get the first shot, while those who received the first shot of AstraZeneca eight to 12 weeks ago will get the second dose of either Moderna or Pfizer vaccine.

The governments of Thu Duc City and districts will set up at least two vaccination sites in each ward, commune or town, so the city will have at least 624 sites in 312 wards, communes and towns citywide.

During the first two weeks, at each site, a maximum 120 people will be vaccinated within 10 working hours every day, according to the municipal department.

After that, the wards, communes and towns can relocate the vaccination sites and start to give the second shot to those who got the first shot four weeks ago.

Besides, general hospitals will also administer vaccines to medical workers and patients there during the period, the local media reported. SGT 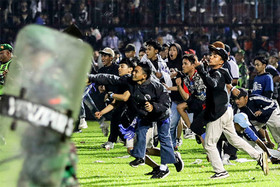 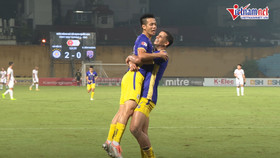