Dong Nai received 500,000 doses of China’s Vero Cell Covid-19 vaccine on August 29, shared by HCMC, according to the Dong Nai Department of Health.

The department is drawing up a plan to administer the vaccine, produced by the China National Pharmaceutical Group Co., Ltd. (Sinopharm), and will submit the plan to the provincial government for approval, the local media reported.

Nguyen Huu Tai, deputy director of the Dong Nai Department of Health, said the transfer of the vaccine had been approved by the Ministry of Health.

The Vero Cell vaccine has been approved by the World Health Organization for emergency use and has been administered in many countries and territories. Clinical trials showed that the vaccine has an efficacy rate of 79%, Tai added.

In Vietnam, the vaccine has been approved by the Ministry of Health and used in some localities, such as Quang Ninh, Haiphong and HCMC. Dong Nai has also administered 3,000 Vero Cell doses to Chinese nationals and laborers of China-invested enterprises in the province.

According to the Dong Nai Department of Health, the pandemic remains extremely complicated in the province.

In the current outbreak, the province has recorded nearly 22,700 Covid-19 cases, including nearly 10,000 recoveries and 186 deaths.

The Ministry of Health has distributed some one million vaccine doses to Dong Nai, while it needs some 4.2 million doses.

Up to date, more than 714,000 people in Dong Nai have been vaccinated against Covid-19, including 55,450 people receiving both shots. SGT 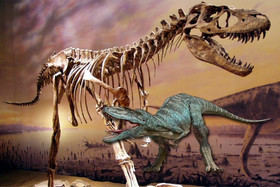