Diem My, a 10th grader at Le The Hieu High School in Quang Tri province, has won first prize at the 10th Youth Creativity Competition. 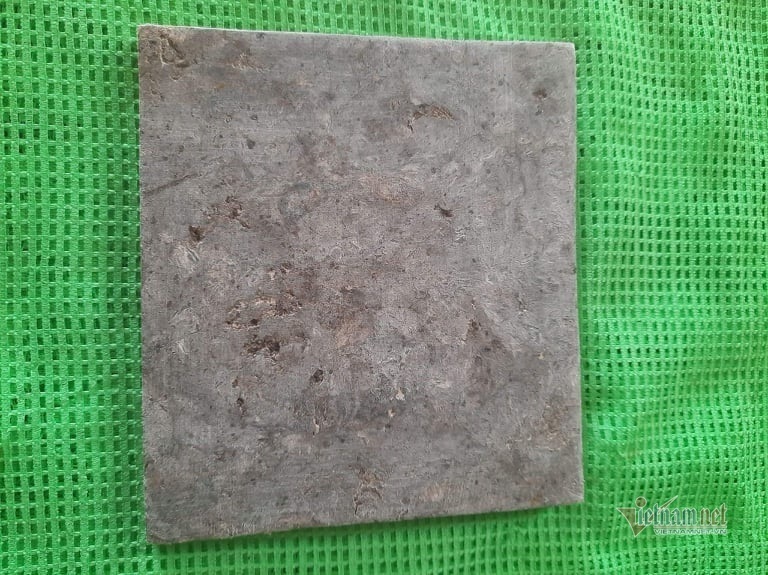 The girl told reporters that she had longed to contribute to environmental protection but could not find a solution until she began recycling waste into paving bricks.

Many red soil areas exist in the locality where she lives. These become slippery when it rains and dusty when it’s sunny.

When she was in the ninth grade, she had a lesson about quicklime. Lime has a basic oxide, capable of absorbing and reacting with toxic gases such as CO2, SO2 and HF, so it can keep a product stable and prevent moisture. The mixture she uses with lime has high cohesion and solidity.

During her free time, she began walking around to pick up plastic bottles. At first, she cleaned and cut the bottles into small pieces. After that, she mixed the plastics with sand and stone at the ratio of 6:4 or 7:3, and put the mixture in a pan and boiled for about 15 minutes at a temperature of 110-130°C.

During the process, she used colorants and molds with different shapes to create custom models.

Finally, she poured the mixture into molds and let it cool.

According to My, plastic waste is easy to find and lime is very cheap, just VND500-1,000 per kilogram. Each 35 x 25 cm brick needs one kilogram of plastic waste.

My mostly creates 30x30 bricks with different thickness levels, depending on the purpose of use. Thick bricks can be used for road paving, while thinner can be used for walls.

She still remembers the first brick she created. It was ugly and became soft and broke into pieces after a short time of being left in the environment. However, she did not give up. She continued to work on solutions to make the products better.

She hopes that the idea of producing paving bricks from plastic waste and quicklime will be applied in reality to ease pollution.

Asked about her plan after high school, she said she wants to study chemistry at the HCM City University of Technology. She plans to recycle other things in the time to come to “make life more meaningful”.