15 rescued tigers to be brought to Hanoi, Quang Binh

Fifteen tigers rescued by Nghe An policemen in two trafficking cases will be handed over to units that can meet the care requirements in Hanoi. 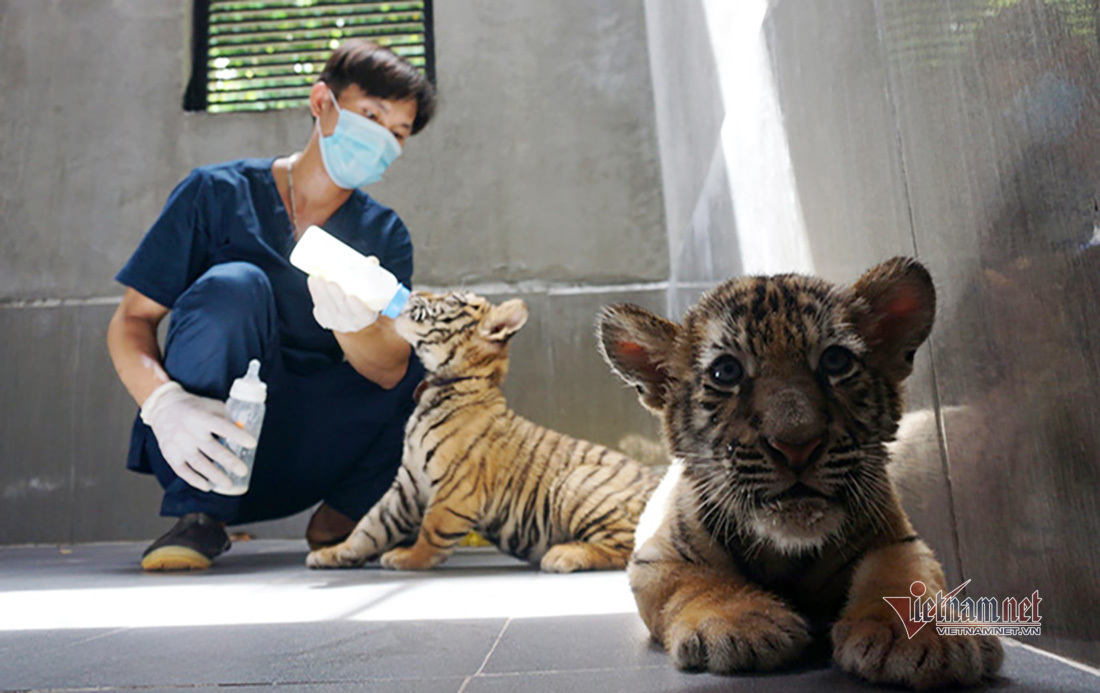 Nguyen Quoc Minh from Nghe An Forest Ranger Unit said eight tigers are living at Muong Thanh Dien Lam Ecological Area and the other seven at PuMat National Park. They will be handed over to cities or provinces that can offer better care.

On August 4, 2021, Nghe An Police discovered 17 tigers in illegal captivity at two households in Do Thanh commune of Yen Thanh district. The tigers were shot with anesthetic and put into iron cages to be carried to Dien Lam Ecological Area. However, nine tigers died of unclear reasons and the remaining eight have been kept since then.

The tigers were assigned to the Nghe An Department of Agriculture and Rural Development for management. The Nghe An provincial People’s Committee asked the General Department of Forestry to introduce the establishments which can satisfy the requirements to take care of the tigers.

The Nghe An People’s Committee asked for the opinions of the Hanoi People’s Committee and Quang Binh authorities to prepare procedures for the handover. However, on October 14, 2021, Hanoi said the Soc Son Center was overloaded and cannot receive more tigers. Meanwhile, Quang Binh has not replied to Nghe An request.

In late 2021, the department affirmed that Hanoi Zoo has all legal conditions and facilities to take care of the tigers.

“Hanoi People’s Committee has agreed on allowing Hanoi Zoo to take care of the eight tigers and we will hand over the tigers to the zoo, but it’s still unclear when,” Minh said.

He revealed that the total expense to raise the tigers is VND4 billion.

Except for the eight tigers, there are also seven other tigers that need to be taken care of. They are in Pu Mat National Park and they will be brought to Phong Nha – Ke Bang Ecological Area in Quang BInh.

A camera placed in a forest captured the image of the first tiger seen in Pu Mat National Park (Nghe An) in 1999. Twenty-two years have passed and no other image of a tiger has been captured in the forests of Vietnam.