As many as 222 students have been found involved in the 2018 high school final exam cheating scandal which is shaking up the Vietnamese education system. Many of them are reportedly the children of local high-ranking officials.

The names and family status of the parents of the students in the exam cheating case have been revealed. 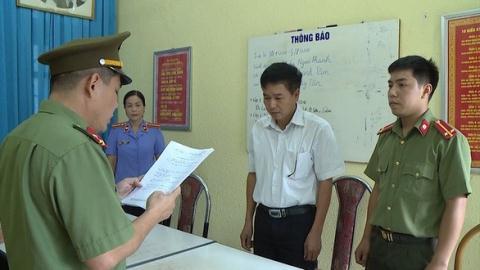 Some officials involved in the case have been arrested

About 60 students were expelled from university after inspectors concluded that they could not have had exam scores high enough to study at the schools. They are among the over 200 students whose exam scores were modified upward in the provinces of Hoa Binh, Son La and Ha Giang.

The police in the three provinces have arrested and prosecuted 16 officials involved in the case. However, the public outcry continues because these people, who allegedly abused their power and ‘bought exam scores’ with their money, have not been punished.

“Many parents have had to work hard every day to fund their children’s study, but the children have been deprived of opportunities to follow higher education, because their seats at universities have been taken by the children of influential families,” a parent commented on education forum.

The police and agencies have not made a final decision about whether parents who are holding important posts at local state agencies commanded the exam score manipulation.

A female official in Son La denied that she paid for the exam score manipulation. The Ministry of Education & Training’s inspectors marked her child’s exam paper again, and concluded that her real total score must be 15 lower than the ‘fabricated’ figure. The official claimed that ‘someone tried to help and raised the scores arbitrarily, and did not inform us about this’.

Despite such assertions, few people believe that parents were innocent in the exam cheating case.

Prof Nguyen Thi Canh from the HCMC National University said if parents did not request the score manipulation and participate in the exam cheating ring, no one would have fabricated the exam scores of their children.

Le Viet Khuyen from the Vietnam Association of Universities and Junior Colleges said that agencies will continue the investigation to find out if bribes were given or received in the case.