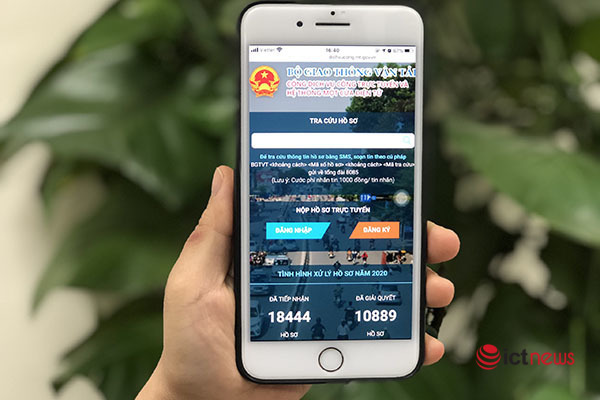 The information was released by Nguyen Phu Tien, Deputy Director of Authority of IT Application (ITA), at an online workshop announcing the results of the assessment on digital transformation at ministerial and provincial levels in 2020.

The national digital transformation program approved by the Prime Minister in June 2020 clearly says that people are at the center of the transformation. Developing digital economy will help generate higher incomes, while developing a digital society will make people happier.

Providing 100 percent of public services online at Level 4 is defined as an important task in building e-Government and digital Government. The Ministry of Information and Communications (MIC) has closely cooperated with ministries, branches and localities to implement the task.

By the end of Q3 2020, all the 20 ministries and branches which provide public services, and 60 out of 63 cities and provinces, or 95 percent, had released plans and lists of public services eligible for an upgrade to Level 4.

By the end of Q3, 29 out of 83 ministries, branches and localities had completed the upgrade to Level 4, including six ministries and branches, namely the Ministries of Information and Communications (MIC) and Health (MOH), Social Insurance, Ministries of Construction (MOC), Industry and Trade (MOIT) and Science and Technology (MST).

Among localities, 23 cities and provinces now provide 100 percent of fourth-level public services to people and businesses.

ITA said some localities still have difficulty implementing the task because of a lack of money, fear of low efficiency, and low number of dossiers for online handling. This is because state agencies still are not encouraging people to use digital services, and people lack skills and devices to use the services.

ITA suggested that localities apply the same policy as HCM City. The city decided to cut 50 percent of service fees for people and businesses using online public services at Levels 3 and 4.