A sociological survey of the Government Inspectorate and the World Bank recently announced that 80 percent of persons with social positions and powers have non-salary income, in which allowances from meetings account for 55 percent.

VietNamNet Bridge – A sociological survey of the Government Inspectorate and the World Bank recently announced that 80 percent of persons with social positions and powers have non-salary income, in which allowances from meetings account for 55 percent. 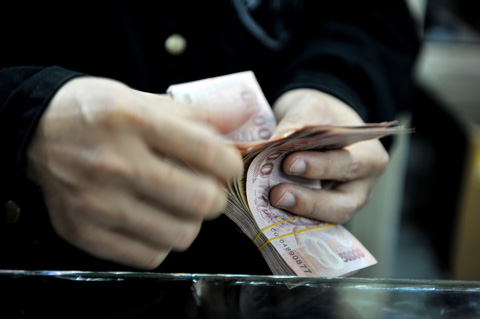 Participants of the scientific survey on the income of the people with social positions and powers asked nearly 2,000 officials of ministries and local agencies. Only 20 percent of the respondents said they did not have non-salary income, 79 percent said yes and 1 percent felt difficult to answer.

Mr. Ngo Manh Hung, Deputy Director of the Anti-Corruption Department of the Government Inspectorate, said the percentage of people who do not have non-salary income may be less than 20 percent. The non-salary income is quite diverse, including sensitive income, which is easy related to corruption, such as money divided from commission, the agency’s own funds, gifts, etc.

According to Hung, the results of this survey will be the basis for the Government Inspectorate to give advice to the Government on controlling personal income in 2013. However, the study also points out the difficulties in controlling the income of civil servants.

Accordingly, payment condition in Vietnam is mainly in cash so it is difficult to control tax evasion. In fact, controlling personal income is actually controlling tax payment.

The control of tax payment is also not compared with declaration of assets and incomes of persons with social positions and powers. Civil servants declare their personal assets and income and the declarations are handed over to the management agency, not being transferred to the tax office for comparison.

According to the Government Inspectorate, the law does not have regulations on the behavior and crime of unjust enrichment. Regulations on the things that communist party members are not allowed to do, asset declaration, prohibiting the use of public assets as gifts are still loose, unfeasible and lack of sanctions.

The Government Inspectorate confirmed the need for having mechanisms to control income, primarily for persons with positions and powers.