Many hotels have not reopened to welcome guests, though Vietnam reopened the market to foreign investors on March 15. 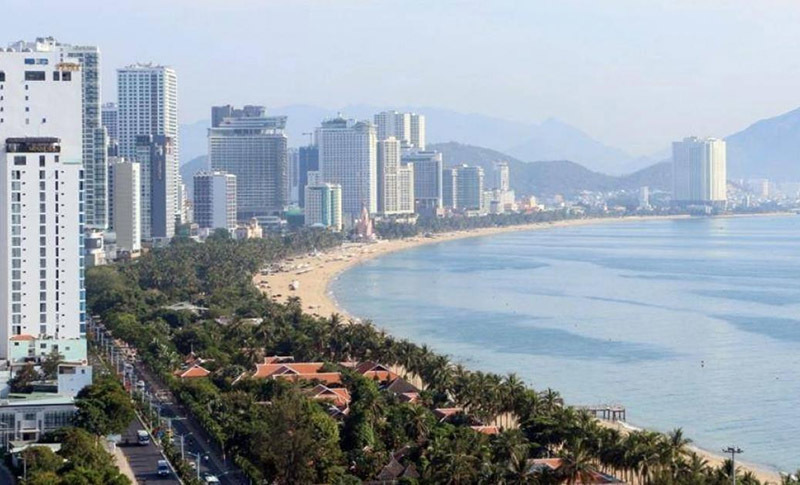 Located on Tran Phu street, the ‘backbone’ route in Nha Trang City of Khanh Hoa province, a 5-star hotel has been quiet for many months.

The hotel had always been fully occupied with most of the guests from South Korea and China until the pandemic. As the number of guests dropped dramatically, the hotel had to temporarily stop operation.

Some hotels in the city reopened on March 15 when Vietnam officially began reopening to foreign travelers. But the hotel is still closed.

An executive of the hotel said it’s still not a good time to resume business since the number of foreign travelers remains very low.

“It requires thorough preparation to run a 5-star hotel with hundreds of rooms, including preparation for the workforce,” he said.

The hotel is not alone. Many other hotels in Nha Trang have not resumed operation and are going to change hands. Sale of hotels have been offered at different prices, VND70-80 billion for a budget hotel, and VND500-700 billion for a 3-5-star hotel located in advantageous positions in the sea city.

The same situation can be seen in Hanoi. Privately run hotels on Hang Bong, Hang Dao, Bat Su and Ma May streets, and some 5-star hotels, including Hilton Hanoi Opera, have not opened again to receive guests. Some hotels are upgrading.

“As there are still no guests, we have to ‘lie still’ to avoid a loss,” the manager of a hotel said.

Other hotels are running at a moderate level as they cannot see influences from tourism reopening.

Vu The Binh, Deputy Chair of the Vietnam Tourism Association (VTA), said the pandemic has caused elimination in the tourism industry. This is a natural development process in all business fields. The enterprises that cannot overcome difficulties will be discharged from the market.

Travel firm directors predict that foreign travelers will only come to Vietnam by the end of the third quarter of the year. This is because foreign travelers need six months or one year to prepare their travel plans.

Hanoi’s 4-5-star hotel market remains very quiet as only one new 5-star hotel, Capella Hanoi with 47 rooms, located in the central area of the city, is open.

New hotels such as Four Seasons, Wink, Dusit and Fairmont are under construction. The projects are expected to be completed by the end of 2023.

In HCM City, the average hotel room rate is $72.4/room/night, a decrease of 20.6 percent compared with 2020. As many hotels have turned into quarantine facilities, the room occupancy rate has improved compared with 2020, when the pandemic broke out.

By the end of 2021, there were 11,182 4-5-star hotel rooms from 51 projects. The market segment will have to face short- and medium-term difficulties, mostly because the current hotel room rates are at relatively low levels.

It’s expected that the 4-5-star hotel market in HCM City will have 2,803 new rooms from 13 projects and see new high-end hotel brands such as Ritz Carlton, Mandarin Oriental, Hotel Indigo and Avani.

Regarding vaccination coverage, nearly all people aged 18 and over have had two jabs of vaccines and the city is giving booster shots. According to CBRE Vietnam, the signs of recovery are expected in the last half of 2022.

Many large businesses in tourism, accommodations and transport, and five-star hotels and resorts are expected to see a boom after two years of stagnation.

The number of hotel and resort projects with local and international brands in Vietnam has witnessed impressive growth, increasing from 36 projects in 2010 to 120 as of the end of January this year, according to statistics released by Savills Hotels.