Vietnamese Z-generation students are often leaving Vietnam at the age of secondary education. They are more self-confident than previous generations and willing to express their personal views.

Going to the UK to study at the age of 34, Nguyen Thanh Tung could clearly see the differences among different generations of Vietnamese overseas students. 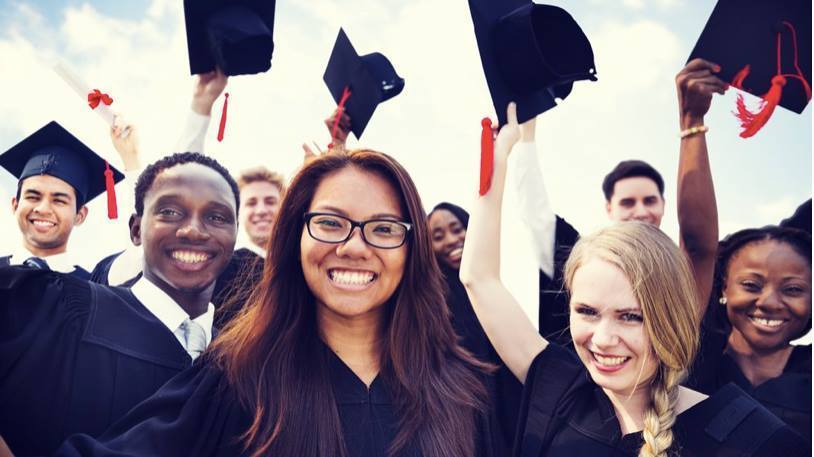 “Those students born in early 1980s like me, who received primary and secondary education in Vietnam, were used to the principle that ‘teacher is always right’,” Tung said.

Therefore, Tung’s biggest obstacle when studying in the UK was that he had to familiarize himself with education which highly appreciates personal viewpoints

On the first days in the UK, when asked to write an essay, Tung felt embarrassed because the lecturer did not give any suggestions, but told students to express their viewpoints.

“The request about the essay was so short and it made me so worried that I was afraid I would have to give the scholarship back because I would not pass the first essay,” he recalled.

After four days of thinking, Tung decided to send an email to the lecturer to describe the problem he met when writing the essay.

“The lecturer said I was not the first student with this problem,” he said.

Most of the students from Asia, meet difficulties, more or less. Luckily, he finally could lift his concern and received results beyond his expectations for his essay.

Meanwhile, Z-gen students can better adapt to new schooling environments in western countries because they can access information and knowledge in Vietnam before going out in the world. They are more self-confident in showing their opinions.

However, Tung noted that in Z-gen students’ eyes, ‘life is rosy’, which turns out to be a problem for the students.

They think that after finishing study in developed countries, they will be welcomed when returning to Vietnam, and that those with bachelor’s degrees granted by foreign schools will easily find good jobs with salaries of thousands of dollars in Vietnam.

Dao Trong Thang, an alumni who has returned from Europe, also commented that Z-gen students have a great advantage that they can access modern technology which allows them to better approach information.

However, this could also be a disadvantage because they have a lot of information to consider before making decisions on their overseas study.

“They seem to better prepare for the future and don’t raise general questions, like what they need to study in France,” he said.

The psychological effects of studying overseas