The succession of gloomy days nearly 10 years ago began when Resolution No 11 was released which requested the State Bank of Vietnam to cut lending to non-production fields, especially real estate. 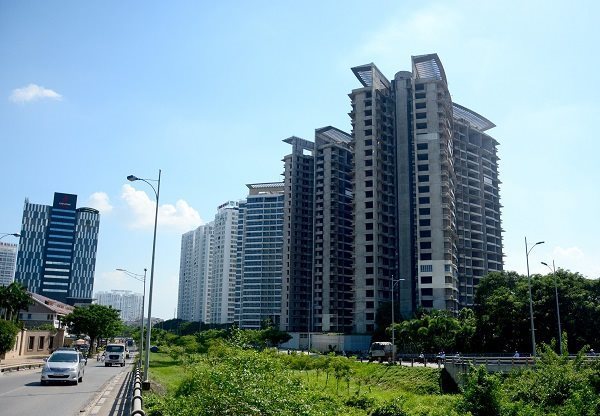 As capital flow was interrupted, real estate developers left a huge amount of bad debts for banks, which analysts called a ‘blood clot’.

Many real estate firms had to bargain away their projects, and underwent reshuffling.

Because of the supply-demand imbalance, real estate prices plummeted.

The remnants of the crisis 10 years ago still exist, reminding realtors of the lackluster period. Petro Landmark, located on the ‘golden land' of HCM City, is an example.

The buyers in the project still cannot receive apartments and cannot sell products. The project, which was praised as the ‘symbol’ of the oil and gas sector, has failed.

Some analysts, when reviewing the real estate crisis in 2011-2013, attribute this to the rigid credit tightening policy. At the time when two-thirds of the market was in the hands of speculators, the credit crisis was the reason behind the collapse of the market.

The 2011-2013 crisis was followed by the revival period, commencing from 2015. However, the development cycle could not last long. The market came to the end of cycle just four years later.

Things are even worse than predicted because of the Covid-19 pandemic.

However, analysts point out the difference between the current crisis and the crisis 10 years ago. Businesses now have better capital arrangement capability. They no longer rely on bank loans, but seek capital from many different sources, including corporate bond issuance.

The Ministry of Construction (MOC) said though the epidemic has affected the real estate market, causing a decline in supply and the number of transactions, real estate prices in some localities are still on the rise.