A tale told all over the world

In collecting different versions, Doan vaguely feels like the main character in the book, Cricket, who undertook a worldwide adventure to make friends and to call on other species to unite for a peaceful world. Love of author To Hoai’s (1920-2014) book helped Doan learn more about the world when he tried to locate different versions in different languages 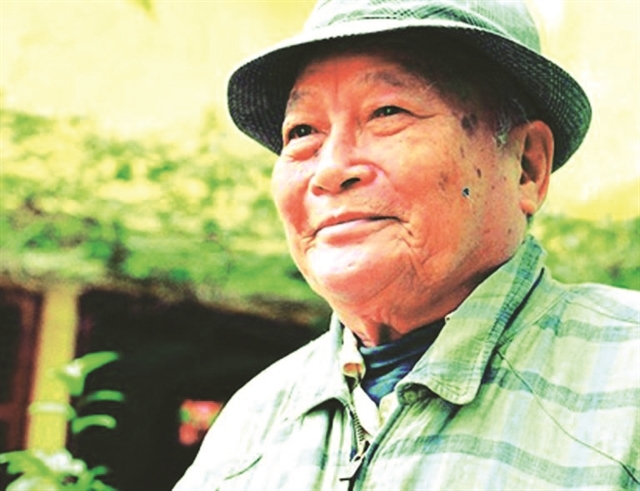 A portrait of To Hoai

With more than 40 languages now covered, Diary of a Cricket is the most translated of all Vietnamese books. The story tells of Cricket’s travels to discover the world, just as the book itself has done, appearing in Thailand, Japan, China, South Korea, Germany, Romania, France, Slovakia, and elsewhere.

To Hoai was born Nguyen Sen into a craft family in Thanh Oai District in what was then Ha Dong Province but is now Ha Dong District in Hanoi. He held a number of jobs before focusing on writing in the 1940s. He was awarded the Hồ Chí Minh Prize for Literature, the most noble prize in the field, in 2006.

Diary of a Cricket describes the adventures of a cricket, a metaphor for humans, and is To Hoai most famous work, which he wrote at the tender age of 17.

He has left a giant legacy in Vietnamese literature, with folk tales, novels, and short stories, many of which are on school reading lists.

The Kim Dong Publishing House has hosted activities in recent times to mark his 100th birthday. The writer handed over the copyright for more than 200 titles to the children's publishers.

It has released various versions of Diary of a Cricket, one of the most popular stories among Vietnamese children and the most widely read from generation to generation.

This is the first time readers have had the chance to see the book in different languages and with illustrations from famous artists like Ngo Xuan Khoi, Ta Huy Long, Dau Thi Ngoc Vinh, and Thanh Chuong.

A copy hand-written by To Hoai was also introduced for the first time.

His other famous works, like Truyen Tay Bac (Stories from the Northwestern Region), Tu Truyen (My Own Story), O Chuot (Hunting Mice), Nha Ngheo (Poor Family), and Ba Nguoi Khac (Three Others), have been reprinted.

“He’s an author for children, adults, and people from all walks of life,” he said. “He told stories of ordinary lives, Hanoi stories, his own tales, and of changes in society, all with a tolerant and honest heart.”

He added that To Hoai’s language is diverse, rich, and profound. Perhaps this is why many extracts from his books are cited at primary and secondary schools to enrich students’ vocabulary and language skills.

“His words are rich in imagery, his sentences lively,” Diep said. “I believe that writing and writing again gave To Hoai stature. He wrote tirelessly, professionally, and carefully.”

“For him, writing was like morning exercise or breathing. He wrote anytime, anywhere, on a business trip, during a break in a meeting, or even in a hospital bed.”

Nguyen Quang Thieu, chairman of the judging panel, expects the awards will inspire other authors to write for children.

“I want to call upon writers and poets to write for little readers,” he said. “In any period of 10 years, you should spend a third or a quarter writing something for children.

“Not something big. Just write about your own children or grandchildren, with heart and honesty. Don’t teach, don’t judge, don’t ask them to do something; just let them know you understand them and want to play with them.”

Vinh was the first female artist to illustrate Diary of a Cricket. “I drew the illustrations for my university dissertation,” she explained.

“Over the course of seven years, I completed more than a hundred illustrations, which I think give a new look to an old story.

“This is the first time I have drawn animals. I read the story when I was young, and loved it very much.”

The artist uses watercolours for the characters and, for the first time by anyone, depicts them in a modern style. There can be no doubt that To Hoai inspired readers and other writers and artists to live and work with meaning.

Collecting different versions of Diary of a Cricket has become a hobby of many book lovers, finding the story in different languages or in Vietnamese versions illustrated by different artists.

Book collector Doan found a Vietnamese man living in Slovakia in a Vietnamese community forum, with whom he shared the hobby of reading and collecting books.

The 60-year-old hasn’t met Doan yet, but has enthusiastically helped him find a version of Cricket published in 1982 in Slovakian. He has also visited many old bookshops to find other copies of the book. By chance, he visited Dr Ján Mucka, who had translated the book from Vietnamese into Slovakian.

“He helped me contact the translator, Mucka, and I was happy to have the chance to get to know him,” Doan said. “It’s interesting, isn’t it?”

Doan also owns a few rare versions in Romanian and Russian. He loves comparing the differences in the way artists from different cultures depict Cricket in the illustrations.

“No matter where Cricket goes, he’s loved by everyone, and that exactly what’s described in the story,” Doan said.

A night of poetry and music was held at Hanoi's Goethe Institute yesterday evening in front of a limited audience to ensure social distancing.