The website footballchannel.asia has named striker Abass Dieng of Toyota V.League 1 side Binh Duong as one of the top five foreign strikers who have been performing exceptionally well.

The website footballchannel.asia has named striker Abass Dieng of Toyota V.League 1 side Binh Duong as one of the top five foreign strikers who have been performing exceptionally well. 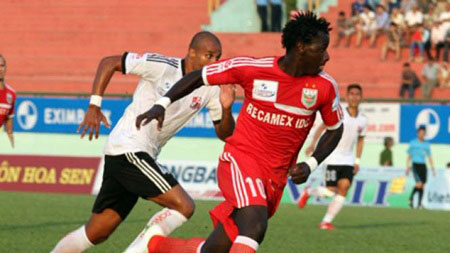 The website said these players helped their Southeast Asian clubs to start the 2015 season on a high note.

The website said, "Despite a successful year in 2014, during which he won the best foreigner player in Vietnam award, Abass doesn't sleep on his victory. The Senegalese striker has scored eight goals for Binh Duong, helped the defending champions remain on top of the table."

Dieng scored two goals in the AFC Champions League and the National Cup respectively. He has showed his class since joining the Vietnamese side after leaving a Hungarian club.