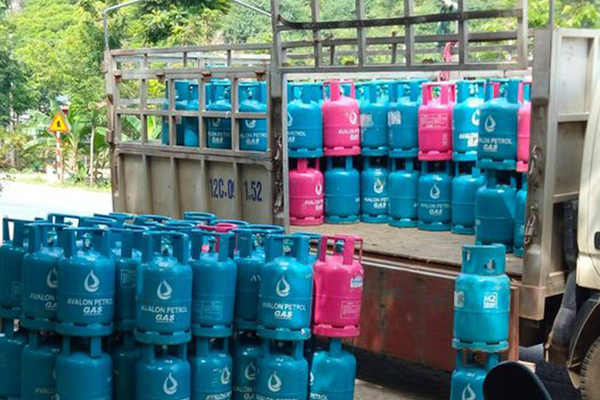 The gas prices have experienced nine increases so far this year, but gas traders are unhappy. They complain that as gas has become too expensive, sales are very slow.

Nguyen Thu Hang, the owner of a gas shop in Ha Dong, said her shop closed at the beginning of the year because of Covid-19. The shop has reopened and demand is much weaker than the same period of previous years.

Meanwhile, the gas price has increased once again, following the shocking petrol price increase. As a result, sales are decreasing dramatically.

In previous months, despite the pandemic, she could still sell 20-25 tanks a day. But she sells 10 tanks these days, and cannot sell gas cookers.

Hang said that gas prices have increased nine times. The sharpest rise was seen in early October, to VND450,000 per tank, followed by the VND17,000 per tank increase on the last day of the month.

Since gas prices are on a sharp rise, consumption is very weak. People tend to shift to use other kinds of fuel instead of gas.

Hang said she and other gas shop owners hope general agents and gas companies will apply support policies to force the prices down. Only when the prices go down and become stable will Hang be able to find more buyers.

According to the Southern Gas Association, the price of import contracts for November 2021 increased by $52.5 per ton, which means a price of $850 per ton for deliveries in November.

Nguyen Thai Binh, a mechanic in Ha Dong district, complained that her 6-member family has to pay nearly VND100,000 more each month because of the gas price increase. To save money, Binh decided to use a honeycomb charcoal stove.

“I use a gas cooker for frying and charcoal stove for simmering,” he said.

“The long pandemic has caused us to lose jobs. And food prices have been increasing,” Tran Thi Thao, a housewife in Ha Dong, complained.

The sharp increase in gas prices recently will surely affect the speed of economic recovery and increase prices of goods.