VietNamNet Bridge - The $20 billion gap between China’s and Vietnam’s figures about trade revenue still cannot be explained. The General Statistics Office (GSO) has proposed controlling smuggling, which it sees as a cause behind the discrepancy, while the General Department of Customs (GDC) believes it is necessary to change the statistical method. 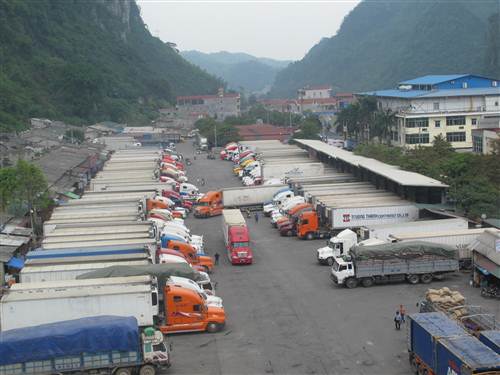 According to Phan Sinh, deputy head of GDC’s Information Technology Agency, both Vietnam and China follow the United Nation’s standards when counting imports and exports.

However, he said with the current method, the gap in the statistics released by Vietnamese and Chinese agencies will be wider in the future. The biggest gaps will be seen in products with global supply chains.

Particularly, the gap in imports of textiles & garments, machines and vehicles was high at $12.5 billion.

Sinh believes that the problem lies in the statistical method. Chinese agencies list all the products from China to Vietnam as ‘exports’. Meanwhile, Vietnam believes export countries are countries of origin.

He warned that the statistics gap will increase year after year together with the development of multinational groups like Samsung and Nokia in Vietnam, because the demand for material and component imports from them will be high.

Meanwhile, GSO believes that the problem lies in smuggling, i.e. goods that enter Vietnamese territory, but are not registered in accounts.

Le Thi Minh Thuy from GSO said that with the long border with China, it is very difficult to control goods carried across the border gates.

According to Thuy, Vietnamese importers may have colluded with Chinese partners to declare wrong import/export prices. Chinese enterprises might exaggerate the export value to be able to get higher tax refunds, while Vietnamese enterprises deliberately declare lower import prices to enjoy lower taxes.

However, Sinh of GDC argued that the value of smuggled goods could not be as high as $20 billion.

Romesh Paul, an EU expert, said that the statistical differences occurred not only with Vietnam. There also exists a big gap in statistics released by China and the EU.