Affected by production and transport activities in localities, the LAeq (equivalent continuous sound level) in the southern region in the first six months of the year exceeded the permitted level by 56.7-68.5 percent.

The latest report of the General Directorate of Environment found that air and noise pollution increased in large urban areas and industrial zones (IZs). 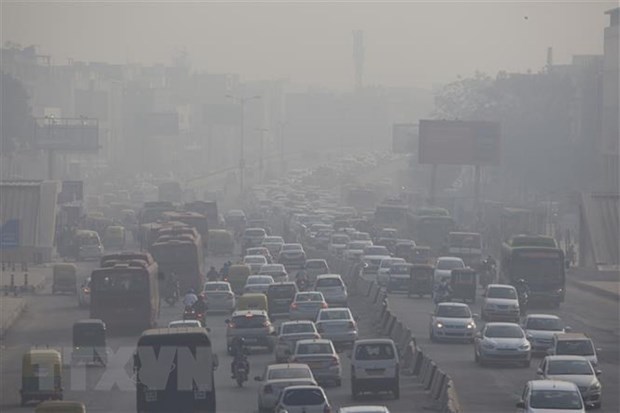 The three monitoring periods, from April to June, implemented at 30 points in the Southern and Mekong Delta Key Economic Zones showed that air continued to be polluted with TSP (total suspended particulate) and noise.

As for other indicators such as sulfur dioxide (SO2), nitrogen dioxide (NO2), the monitoring in industrial zones (IZs) and intersections in the first six months showed no changes compared to the same period in 2019.

All values of indicators were within the permitted levels according to Vietnamese standards (1 hour on average).

In IZs, the TSP value was 72-903 µg/m3. The average TSP value increased and exceeded the Vietnamese standards in Song Than II IZ (May and June) and Moc Bai Border Economic Zone (third monitoring period)

The TSP pollution level at Hon Soc stone mining site saw a considerable decrease compared with 2019 (the average TSP value in the first three periods in 2019 all exceeded standards). Meanwhile, most of the other monitored points in the region had a TSP value within the permitted level in accordance with Vietnamese standards.

Research by the General Directorate of Environment also showed that the average TST value on roads and intersections was quite high and differed by regions.

The TST value on roads and intersections in the Southern Key Economic Zone was higher than that in the Mekong Delta, between 25 and 687 µg/m3.

The places with high average TSP value exceeding Vietnamese standards were the Vung Tau junction (Ba Ria-Vung Tau province), Tan Phuoc Khanh Town (Binh Duong) and Duc Hoa Town (Long An). These are locations with high traffic density and infrastructure in the process of being upgraded.

Meanwhile, the average TSP value in the first half of 2020 decreased slightly at the Binh Phuoc Crossroads (Thu Duc, HCM City) and Dau Giay intersection (Dong Nai). The monitored locations on the main roads in the Mekong Delta Key Economic Zone all had an average TSP value within the permitted level according to Vietnamese standards.

Air pollution control to be enhanced

The Ministry of Natural Resources and Environment has been compiling a directive of urban air pollution control which is set to be issued in August.