Hanoi authorities have issued a directive on solutions to mitigate pollution. If air pollution reaches the ‘hazardous’ level (AQI index > 300), preschools and primary schools will have to ‘arrange suitable teaching and learning schedules’. Meanwhile, the city’s health department will have to take necessary measures to protect people’s health and prevent respiratory diseases. 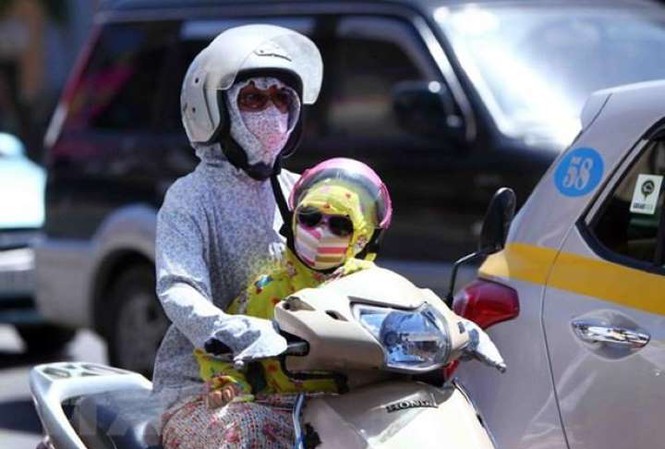 Nguyen Thi Tuyet Nga, headmaster of Quang Trung Primary School, said the school is still awaiting detailed instructions from the Hoan Kiem district’s education sub-department to decide when students don’t have to go to school. The district’s healthcare center has sent officers to the school to give periodic health examinations in recent days.

Le Hong Vu, head of the Tay Ho district education sub-department, said the air pollution in Hanoi has reached alarming levels recently. The worrying thing is that people still are not aware of the harm of air pollution to children’s health.

Vu said the agency has released a document requesting schools to clean classrooms regularly and plant trees, and asking parents to have their children wear high-quality protective masks and clothes.

However, Vu thinks that leaving children at home might not be a good solution. It may be cleaner at school than at home.

Parents will also have to hire babysitters to look after the children while they are at the office.

On an education forum, many parents complained that if children don’t go to school, they will have to take leave to look after the children.

“What will happen if the air pollution lasts many days?” asked Dang Hong Nga, a parent in Dong Da district.

She commented that municipal authorities need to take radical measures to ease pollution rather than close schools on pollution days. The measures include the cleaning of roads, closing polluting works, growing more trees and punishing violators.

Other parents are worried that the plans of their families would be upset if children don’t go to school.

“My mother has promised that she would come and take care for my son when we are away. However, she doesn’t want to live in the city for a long time,” said Le Quynh Hoa, a parent in Bac Tu Liem district.

Hanoians are looking to purchase protective masks for themselves and children.

The Ministry of Public Security will assign 500 students from the People’s Police Academy to direct traffic before, during and after the Tet (Lunar New Year) festival.

A group of students in the central city of Da Nang have successfully made a machine for gathering rubbish on beaches.