The underlying cause of environmental pollution in Vietnam lies in the country's growth model, with three characteristics: a natural resources-intensive economy, dependence on FDI and the low position in the international labor division chain. 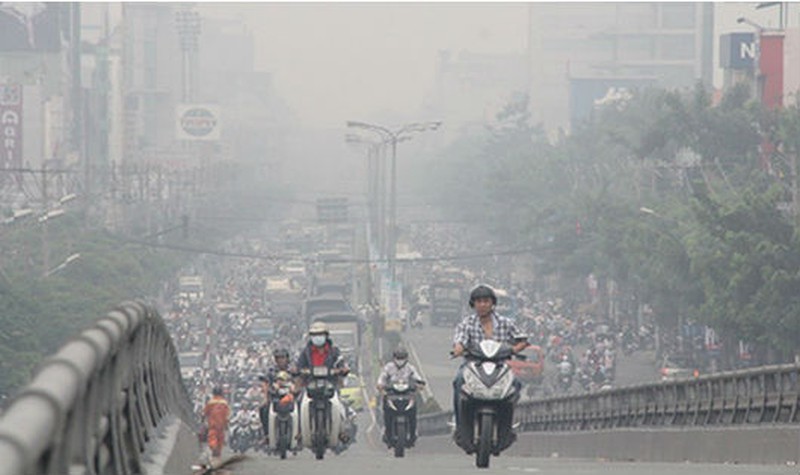 The comment was released at a workshop on economic losses caused by air pollution, held by Hanoi Economics University in mid-January.

In Vietnam, the PM 2.5 concentration in Hanoi, HCM City and other urban areas has been exceeding the permitted level for many years and there is no sign of improvement.

The major sources of air pollution include transport activities, industrial production from factories and mining sites, construction works, craft villages and sources outside the Vietnamese territory. However, there is still not enough data to estimate the contributions of the sources to the pollution.

Besides the serious impacts on people’s health, air pollution also causes serious damages to the economy.

According to Dinh Duc Truong, Dean of Environment, Climate Change and Urban Area under the Hanoi Economics University, the loss caused by air pollution in Vietnam is up to $10.82-13.63 billion, or 4.45-5.64 percent of 2018 GDP.

Truong affirmed that from the economic perspective, the major reason behind the serious pollution in general is the country’s growth model.

To develop, Vietnam,consumes a big volume of natural resources. Meanwhile, its development heavily relies on the foreign invested economic sector. In addition, it is now in a low position in the international labor division chain.

Because of the simple industrial production level and the heavy dependence on foreign investments, Vietnam has become a ‘paradise of pollution’. With environmental standards and costs lower than developed countries, Vietnam attracts foreign direct investment in polluting industries such as steel and cement manufacturing, mining, textile and garment and chemicals.

Truong and Nguyen The Chinh, also from the Hanoi Economics University, believes that in order to mitigate pollution, Vietnam needs to restructure the economy and strive for a green circular economy. It is necessary to re-define the major driving force for growth, and restructure industries and the policies on attracting FDI.