N.K.T, an A321 captain for Vietnam Airlines, said because of Covid-19, airlines have suffered heavily, especially after the second outbreak. As airplanes cannot take off, the income of workers has dropped dramatically. 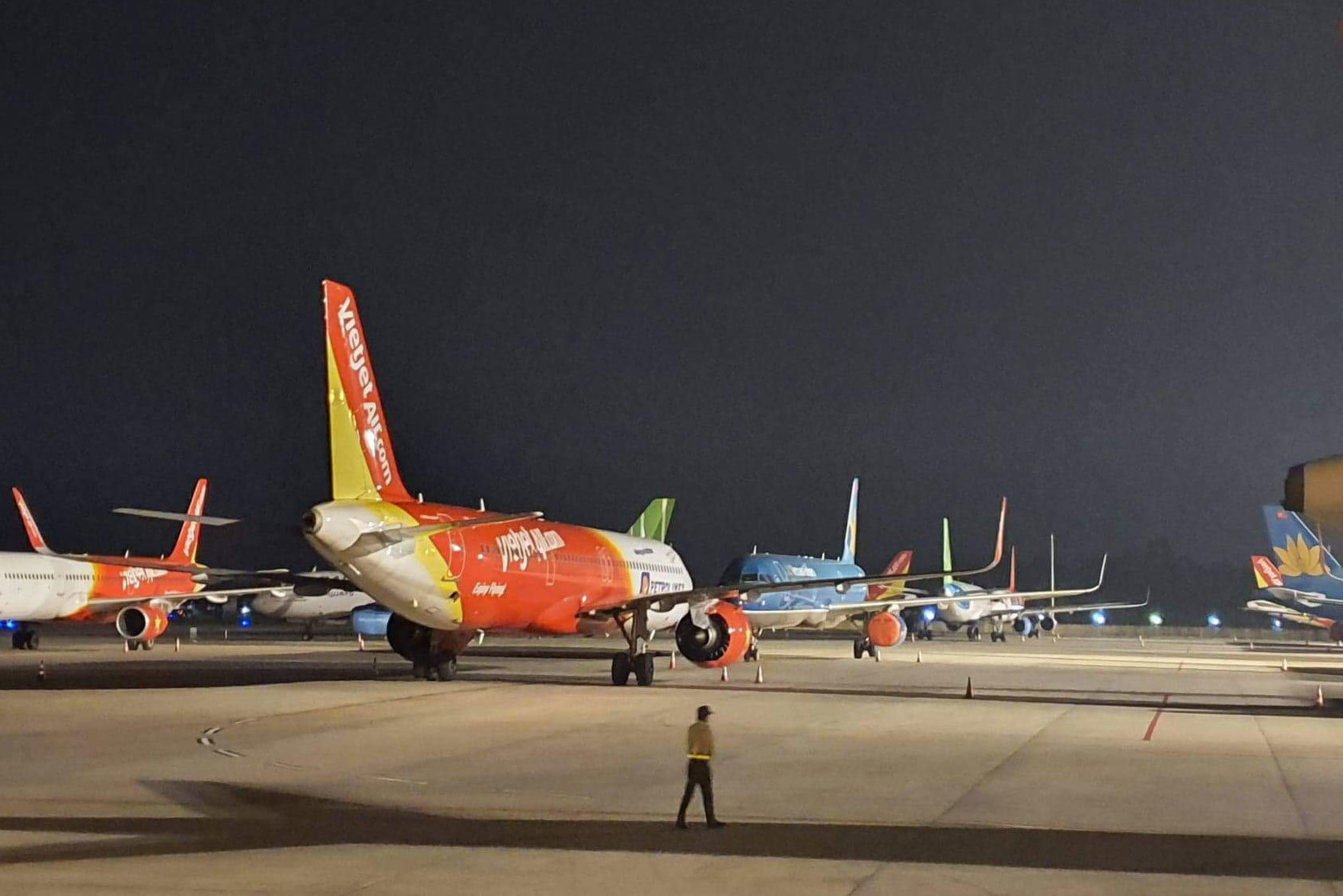 According to T, their income depends on the number of flight hours. Before the pandemic broke out, a captain flying with A321 could make about VND300 million a month. But now, as the number of flights has decreased and pilots have to take turns flying, the income has dropped to around VND60-70 million.

The income of flight attendants has fallen to about VND10-15 million a month instead of the previous VND40 million.

Vietnam Airlines, the national flag air carrier, has cut the average pay of pilots and attendants by 50 percent.

The State Capital Management Committee at Enterprises (SCMC) in June 2020 said the national flag air carrier has suffered heavily and needs additional cash flow to overcome the crisis. It proposed the state to lend VND12 trillion to Vietnam Airlines for at least three years to help overcome difficulties.

The average pay for pilots is VND77 million a month, a decrease of 48 percent compared with 2019. The income of attendants and on-ground workers has decreased by 52 percent and 55.5 percent, respectively.

Vietnam Airlines has stopped using foreign pilots and attendants, and adjusted the transportation output to adapt to the new circumstances.

Vietjet Air also has adjusted the pay to workers. The leadership team has voluntarily accepted a 50 percent salary cut. However, no adjustment has been made to workers with a monthly income of VND10 million or lower.

The airline decided that pilots of the airline fly in shifts, so that everyone keeps an income. No worker has been laid off so far.

Vo Huy Cuong, deputy head of the Civil Aviation Authority of Vietnam (CAAV), with the achievements in controlling Covid-19, Vietnam has begun to reopen some international air routes. However, if an outbreak returns, the aviation industry will be in serious difficulties.

After the second outbreak, airlines had to stop international flights but maintained some domestic air routes.

Deputy CEO of Vietnam Airlines Le Hong Ha said the airline has tried to arrange flight hours for all pilots and attendants. In August, each of them had 30-40 flight hours.