Air carriers have increased the frequency of domestic airlines since April 25 after the Prime Minister relaxed the social distancing policy.

Ready to take off 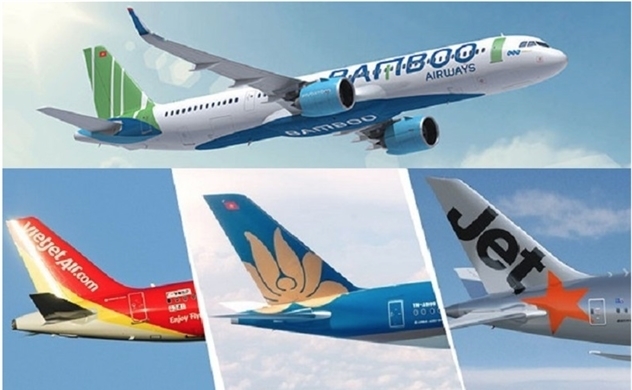 A study of the Civil Aviation Authority of Vietnam (CAAV) found that after crisis periods in the past, Vietnam’s aviation sector bounced back with a high growth rate of 20 percent for following years.

Asked about the plan to resume normal operation, a representative of Bamboo Airways said it will keep the business targets initially set for this year and expand the fleet to 40 aircraft to obtain growth.

According to Duong Tri Thanh, CEO of Vietnam Airlines, the re-opening of the air routes won’t bring economic benefits to airlines because travel demand is still low.

However, Vietnam Airlines will fly and join forces with the government and the Ministry of Transport to restore trading activities after Covid-19.

Vietnam Airlines and Vietjet in past weeks stepped up cargo carrying flights to reduce the number of idle aircraft and optimize resources.

Vietnam Airlines said in the immediate time, it will continue cargo transportation, and pland to provide 150 cargo carrying flights on Hanoi – HCM City, and Nha Trang/Can Tho – Hanoi routes.

Tuoi Tre newspaper on April cited a report as showing that the revenue of Vietnam Airlines has fallen by VND50 trillion, while its 10,000 workers have stayed off work.

The air carrier said has never experienced such difficult days in its history. CAAV in March estimated that airlines lost VND30 trillion.

However, recovery is expected to be the fastest among other industries. The Chinese aviation industry has seen the number of domestic passengers increasing week after week.

According to CAAV, if Vietnam declares the control of the epidemic in May, airlines will need one month only to recover the air route network and flight frequency to be ready to provide flights in the high summer season.

According to Le Quang Tung, Deputy Minister of Culture, Sports and Tourism, the early resumption of flights will bring confidence that Vietnam is a safe destination.