With a week left until the Government’s scheduled pilot resumption of regular international flights, air transport and airlines have all said they are more than ready but there are some policy issues to be resolved.

Deputy Minister of Transport Lê Anh Tuấn said on Friday that the Ministry of Transport had directed the Civil Aviation Authority and relevant units to urgently clarify the remaining issues, prepare the conditions so that the reopening from January 1, 2022 will be smooth and convenient for both the airlines and for the passengers, but still, with COVID-19 prevention and control in mind.

Tuấn said the transport ministry would send a notification to all relevant provinces and cities on the resumption plan, as well as tell them to manage the quarantine of arrivals using the national COVID-19 app PC-COVID and public security ministry app (IgoVN).

Đinh Việt Sơn, deputy head of the aviation authority, said according to the latest guidelines from the health ministry applicable from next year, partially vaccinated or unvaccinated entrants are to be quarantined at places of residence for seven days upon arrival.

This means that prior to boarding, the passengers will have to show the airport’s staff where they will stay in Việt Nam, but this is a difficult requirement since obtaining local people’s committee's permission to quarantine at home or a hotel is not at all easy.

“For example, previously, in cases of people who arrived in Hà Nội, even though the city’s authorities have specified a list of eligible hotels along with the prices, in order to book a stay in a hotel, the passengers from overseas will need permission from the district people’s committee. The upcoming arrivals will mainly be returning Vietnamese, along with their unvaccinated small children, so it’s very challenging to comply with current guidelines,” Sơn said.

The aviation authority was asking the transport ministry to work with the health ministry on quarantine guidelines, he added.

Airline representatives said the resumption of international flights was highly anticipated, even though flight allocation and schedule were still being worked on.

Bùi Doãn Né, Vice President and General Secretary of the Việt Nam Aviation Association (VABA), said that opening international routes was an agreement between two countries. In order to allocate flight schedules, it must be accepted by both parties, and could not be decided unilaterally by either party.

The aviation authority earlier said that only Japan had officially responded to Việt Nam's plan, while direct flights to the US would likely continue for Vietnam Airlines since it had already obtained permissions.

The carrier’s aircraft, human resources, ticketing system and customs services had been maintained throughout the pandemic to be ready for the resumption of international flights at any time.

In the first stage, Bamboo Airways said it would conduct one round-trip flight per week each on the Hà Nội - Narita Hà Nội - Taipei and Hà Nội - Seoul.

During this period, Bamboo Airways would also operate flights to Australia with an expected frequency of two round-trip flights a week on the HCM City - Melbourne route, which could be increased to four per week depending on market demand.

On the part of airports, Nguyễn Thị Kim Ngân, deputy director of Nội Bài International Airport said it was ready for safe and secure travel lanes.

The airport has installed automatic thermal scanning devices at gates, has quarantine measures in place in case a suspected COVID-19 infection is detected, a sanitation station at security checkpoints and exits, and frequent sterilisation of high-contact surfaces at the airport as well as passengers’ carry-on luggage (using UV light), according to Ngân.

The airport’s protocols have earned recognition from the Airports Council International - ACI World, which agreed in late November to extend its Airport Health Accreditation (AHA) certificate granted to Nội Bài last year, for its ability to demonstrate to passengers, staff, regulators, and governments that they are prioritising health and safety in a measurable, established manner. 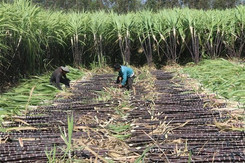 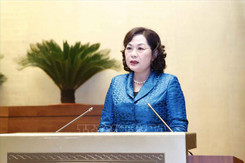 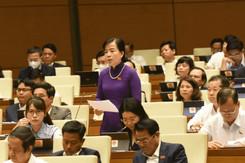