Lai Xuan Thanh, head of the Civil Aviation Authority of Vietnam (CAAV), said that the Long Thanh Airport project in the south could proceed even without Official Development Assistance (ODA) from Japan.

VietNamNet Bridge –  Lai Xuan Thanh, head of the Civil Aviation Authority of Vietnam (CAAV), said that the Long Thanh Airport project in the south could proceed even without Official Development Assistance (ODA) from Japan. 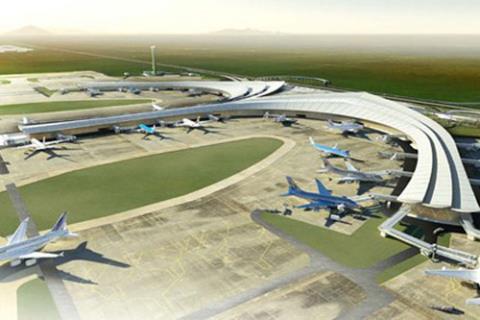 Japanese press agencies have reported that the Japanese government may reconsider its policy on granting ODA to Vietnam following the allegations of Vietnamese officials receiving bribes.

Thanh said Long Thanh Airport implementation would not be affected by this new development.

According to Thanh, no official information about the construction of the Long Thanh Airport has been disclosed. Therefore, the capital mobilization for the project is not being discussed.

A draft project submitted to the government in the past said that capital for the project would be mobilized from the government’s investment and development fund, government bonds, investors’ capital contributions and foreign investment.

“The government still needs to get the National Assembly’s approval for the Long Thanh Airport project, and then involved parties will discuss the capital mobilization. Therefore, the project is not affected by ODA disbursement now,” Thanh explained.

He went on to say that the construction of Long Thanh airport may not depend on ODA capital. The project planners had mentioned ODA as only a possible capital source for the project.

Meanwhile, Vietnamese and Japanese governments have released no information on the ODA from Japan.

“Everything will only be clear once the National Assembly ratifies the Long Thanh Airport project,” Thanh said.

The government initially planned to present information about ab the Long Thanh airport project at the May session of the National Assembly. However, the plan was canceled because the government wished to clarify some matters.

The Dong Nai provincial People’s Committee on February 14 had a working session with Yakabe Yoshinori, Japanese Vice Consulate General in HCM City, in which the two sides discussed the issues related to the construction of the Long Thanh international airport.

Local newspapers quoted Vietnamese officials as saying that the Japanese government is considering granting ODA to fund the construction of the Long Thanh airport. However, it is still divided about opinions that it would be better to expand the existing Tan Son Nhat or Bien Hoa airports than build a new Long Thanh Airport.

Meanwhile, the Ministry of Transport and CAAV have been insisting on the necessity of building a new airport.

The Tan Son Nhat International Airport in HCM City has a designed capacity of 25 million passengers per annum. In 2013, it served 20 million passengers, so CAAV has every reason to believe that the airport will be operating at full capacity by 2020.