CP Vietnam, the largest animal husbandry company, says that animal feed supply could run out by the end of May.

Two weeks have elapsed since the working session between the Ministry of Agriculture and Rural Development (MARD) and large livestock enterprises which discussed solutions to force pork prices down. 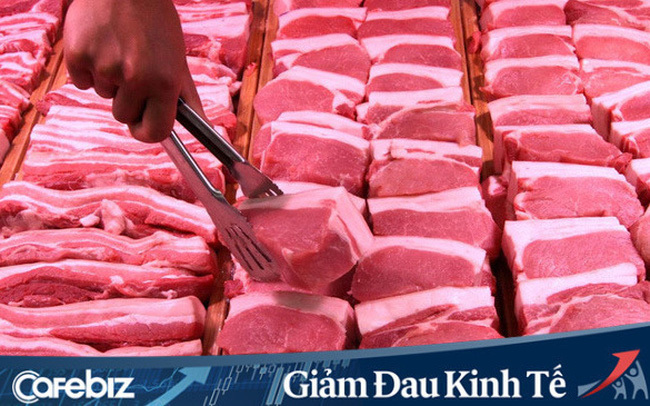 A lot of measures have been put forward, including increase of imports. However, the pork price continues to increase.

Livestock companies committed to lower the live pork price to VND70,000 per kilogram from April 1. However, according to Thanh Nien newspaper, the price is VND89,000 per kilogram in Hanoi and Hoa Binh.

In Thai Binh, Thai Nguyen and Hung Yen, the price has hit the VND90,000 per kilogram threshold. In other localities, the prices are between VND83,000 and VND88,000.

Enterprises said pork has to go through many intermediaries before reaching consumers. Besides, the input materials for husbandry, including animal feed and medicine, are insufficient because of import/export difficulties.

Tuan said the stored input materials at CP Vietnam are just enough to maintain
production until the end of May.

If the epidemic doesn’t decline in the time to come, it will be even more difficult to import maize, soybean cake and others.

Mavin Group, an animal feed producer, said the company still has materials to maintain production for 3-6 months. However, if the epidemic lasts a long time, Mavin will have to consider alternative material sources.

A large livestock and feed manufacturing enterprise has proposed that the Government and MARD apply policies to encourage the use of other animal protein sources instead of pork, such as chicken and fish.

According to Grand View Research, Vietnam’s livestock product market would have value of $10.55 billion by 2020 and will need 25-26 million tons of animal feed.

It was estimated that 70 percent of raw materials for making animal feed in 2018, are from imports. The figure was estimated by USDA to increase to 79 percent in 2019.

The Vietnamese animal feed market is considered very promising with the value of $6 billion a year. However, feed producers have faced difficulties because of African Swine Fever (ASF).

The Ministry of Agriculture and Rural Development (MARD) has done what it promised – imported pork in large quantities from the US, Canada, Brazil and Russia to stabilize the pork market.