PAPI 2019 data surveyed more than 14,000 citizens from all 63 provinces nationwide, and a UNDP press release stated that in 2019, “the greatest progress was made in the dimension on enhancing control of corruption in the public sector (which is most strongly correlated with overall citizen satisfaction) and increasing transparency in local decision-making. This matches well-documented reform efforts spearheaded by the high-profile anti-corruption campaign.”

The press release went on to pay tribute to Vietnam’s efforts. “Tackling corruption has been a centrepiece of the Party and government efforts, with numerous high-profile investigations over the last few years,” it said. “Consequently, the 2019 PAPI report reflects the clear impact of this anti-corruption campaign on perceptions of grand and petty corruption. This dimension saw the strongest improvements in 2019 at commune and national levels – with 5 per cent more respondents than in 2018 reporting that corruption was decreasing.”

According to the PAPI 2019, while the anti-corruption drive is changing perceptions, there is continued evidence of significant declines in petty corruption, as experienced by citizens in district level public hospitals and when applying for land use right certificates.

While control of corruption scores has improved, a substantial number of respondents (20-45 per cent) continue to perceive corruption as prevalent in the public sector. This suggests that further efforts are needed to address this problem in the coming years.

Vietnam’s anti-corruption campaign was intensified years ago with 2012’s Resolution No.12-NQ/TW of the fourth Central Party Committee Meeting, which targeted improved morality within the Party.

Party General Secretary, State President Nguyen Phu Trong emphasised in a speech in December last year that the campaign would continue into 2020, and several high-profile investigations in 2019 confirm the campaign continues.

The government has also issued directives targeted at reducing petty corruption facing businesses and citizens, such as the prime minister’s Directive No.10/CT-TTg on strengthening effective management and prevention of harassment and problems for people and businesses in working performance.

Investigators from the Ministry of Public Security reported that Nguyen Nhat Cam, director of Hanoi’s Centre for Disease Control, and his accomplices had increased the purchase price for a COVID-19 test kit package by three times, or VND4.7 billion (over $204,000).

PM Phuc recently instructed the Government Inspectorate to launch an urgent investigation into the observance of legal regulations regarding the recent state management of rice exports.

The inspection aims to identify whether or not there are any signs of profiteering or other negative acts taking place, and to strictly handle them in accordance with the law.

In fact, Vietnam was also extolled by the international community for its fight against corruption. The UNDP’s PAPI 2017 revealed significant improvements in five of the six PAPI dimensions compared to 2016. These are ‘Transparency’, ‘Vertical accountability’, ‘Control of corruption in the public sector’, ‘Public administrative procedures’, and ‘Public service delivery’.

Private businesses have said they were unsure about how to implement the 2018 Law on Anti-Corruption that came into effect on July 1.

The Standing Committee of the Central Steering Committee for Anti-Corruption has decided to keep an eye on the smuggling case related to giant mobile phone distributor Nhat Cuong and the $1.64 billion Da Nang - Quang Ngai highway project. 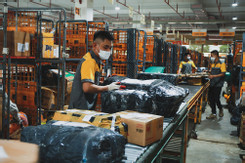 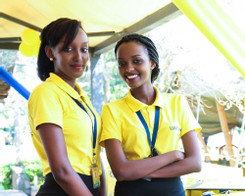 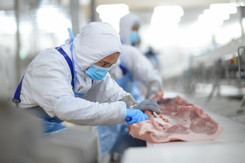 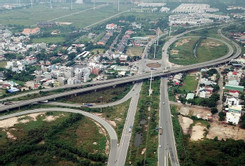 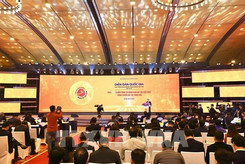