Apple and Samsung open their own stores in Vietnam, why?

According to tech retailers, the brand-exclusive store model (Mono Store - or specialized store) is a new business form in Vietnam but has already been operating in many countries.

After Apple, Samsung has cooperated with Minh Tuan Mobile and ShopDunk to open the first two Premium Store systems in Vietnam. Previously, the Apple mono store model was developed in 2021 with stores opened by Mobile World (TopZone) or ShopDunk.

According to tech retailers, the brand-exclusive store model (Mono Store - or specialized store) is a new business form in Vietnam but has already been operating in many countries. As the domestic mobile retail market belongs to big brands, mono store is a solution to reach more customers.

Analyst Glen Cardoza from Counterpoint Research said that many firms cooperating with partners to open brand stores shows that the direct retail sector still has a lot of potential in Vietnam. According to this expert, the online retail market in Vietnam has grown but not as much as in other countries. That's why brands still attach importance to traditional stores.

Forming brand-exclusive stores (mono stores) is a new development step. So-called experience stores have been in Vietnam a long time with the participation of Oppo, Samsung, Xiaomi, and Huawei. However, these stores mainly focus on display and product introduction, not sales.

Meanwhile, the mono store model with a combination of retailers and phone brands, creates stores with good service quality and competitive prices. In Vietnam, Apple's exclusive stores are operated by major chains such as TopZone of Mobile World, ShopDunk, F.Studio, and eDigi.

Mobile World aims to open 50-60 TopZone stores in the first quarter of 2022. TopZone has brought good revenue to Mobile World in recent time. In the first month of opening, coincident with the opening of the iPhone 13 series, TopZone earned total revenue of about 110 billion VND from four stores.

The representative of SamCenter system set a goal of opening about 30 stores in 2022. To achieve this goal, the system needs to open two to four more stores every month.

In addition to names that already have mono stores, some other big chains may also join the market in the near future. Nguyen Lac Huy, representative of retailer CellphoneS, said that many brands have contacted the system to cooperate in operating exclusive stores. CellphoneS is still in the process of selecting and considering the appropriate model.

Mr. Cardoza said that in 2021, smartphone companies all went through a difficult period due to the Covid-19 pandemic. However, Samsung still retained success. In the report released by Counterpoint Research for the third quarter of 2021, Samsung was the number one smartphone brand with 23% market share in Southeast Asia.

However, the expert said that in the Vietnamese market, Samsung is feeling pressure from other brands. Although the strength of the Korean manufacturer is its wide and diverse product range, Chinese manufacturers have the advantage in price. Exclusive brand stores will help Samsung introduce more products besides smartphones.

Experts said that mono stores will be the trend in the near future.

“Vietnam's mobile market has its own characteristics and lags behind other countries. We have observed that in developed countries, users mainly shop at mono stores. The multi-brand store only appears in hypermarkets," said a representative of ShopDunk.

"Retailers and brands in Southeast Asia are all trying to expand their store chains. This trend will continue in 2022," said the analyst from Counterpoint Research.

Will an Apple Store open in Hanoi or HCM City?

If Apple opens an Apple Store in Vietnam, many experts believe that the chosen location must be very convenient and in an area with luxury goods. 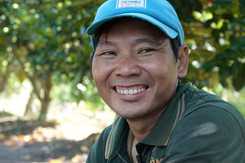 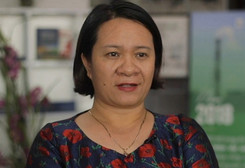 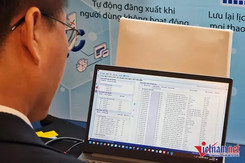 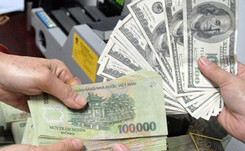